In this video, he demonstrates the advantages of using an airsoft gun to train for real steel. Specifically, Travis Haley is using a Tokyo Marui Recoil Shock SCAR-L and M4. TM Recoil Shock AEG’s are some of the most advanced airsoft guns that attempt to replicate a live firearm as much as possible. There are a multitude of advantages to using these sort of airsoft guns for firearm training. Haley lists a number of advantages: 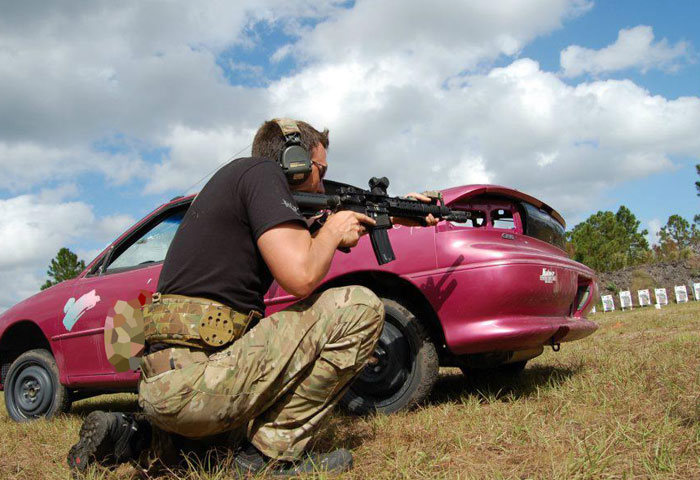 Travis Haley recognizes the aspects of airsoft that cannot fully replicate firearms, but he acknowledges that there is still a very real and very solid training tool to be found. As long as you treat the airsoft gun as realistically as you would a real firearm, then you are on the right track and mindset to properly learn from one.

One of the main keys that Travis Haley focuses on in his video is the authenticity of your airsoft gun. Specifically, does your airsoft gun handle as close to the real thing as it could? Although Airsoft GI doesn’t offer the Tokyo Marui Recoil System AEG’s, as featured in his video, we do have the Magpul PTS RM4 Scout Electric Recoil AEG by KWA set on preorder. This model features the same sort of realism featured in the TM Recoil System guns, and will work great as an adaptive training tool.

Train hard, but most of all, train safe.