Check out one of the newest patterns to come out of the A-TACS line. The LE (Law Enforcement) edition pattern is available for purchase at www.schottfabrics.com.

The A-TACS LE camouflage print was developed in conjunction with law enforcement professionals. It has been described as a uniform meant to be a “show of force” pattern, not designed for concealment. This definitely seems to be the case, as this pattern is both stylish and recognizable. Be prepared to see tactical entry teams and specialized units to start sporting these colors.

For every purchase of an A-TACS uniform including the LE pattern, Digital Concealment Systems will donate a portion of the proceeds to the Spirit of Blue Foundation, which is a non-profit organization dedicated to increasing officer safety and fulfilling LE safety equipment and training needs.

Will A-TACS LE be as famous as the LAPD blue uniform? At this point, only time will tell. Comment below if that is a pattern that you’d be interested in, and visit the Airsoft GI Facebook to check out the latest news! 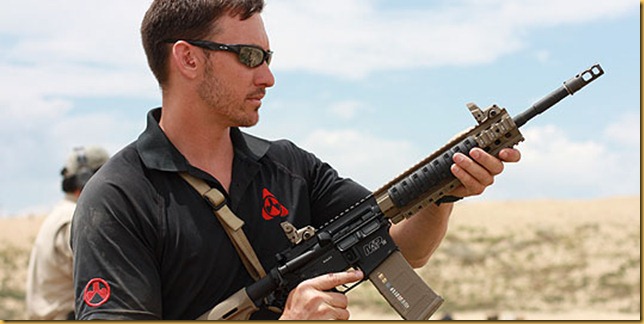 In this video, he demonstrates the advantages of using an airsoft gun to train for real steel. Specifically, Travis Haley is using a Tokyo Marui Recoil Shock SCAR-L and M4. TM Recoil Shock AEG’s are some of the most advanced airsoft guns that attempt to replicate a live firearm as much as possible. There are a multitude of advantages to using these sort of airsoft guns for firearm training. Haley lists a number of advantages: END_OF_DOCUMENT_TOKEN_TO_BE_REPLACED