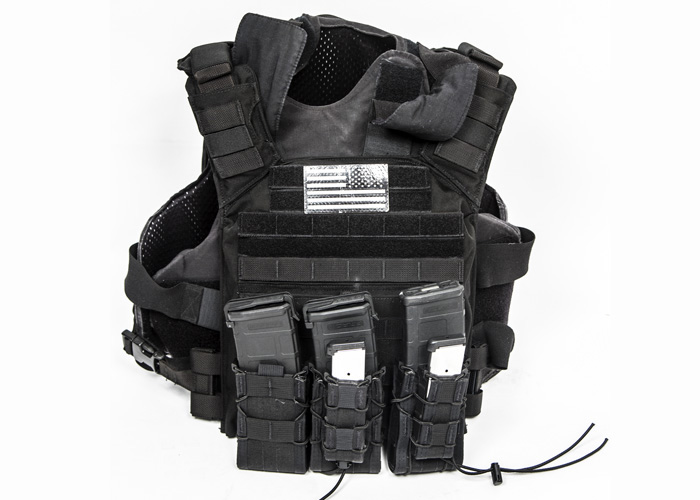 Soft body armor, generally speaking is about 4 pounds (using my own level 3A armor from US Armor as a reference). Soft armors are usually made with Kevlar, a bullet resistant material (NOT BULLET PROOF). Level 3A is the highest protection they offer in the soft armor form. Police officers do not usually use anything above level 3A because of the bulkiness and weight. Anything above level 3A is hard plates. Level 3A can only stop most non armor piercing handgun bullets, up to a .44 Magnum. When an officer is dealing with a suspect with a rifle or armor piercing capability, the officer’s Level 3A is pretty much obsolete. The rifle rounds will pretty much go through their soft armors like hot knife through butter. The officers on the street need something more to protect themselves with rifle threats.

The Banshee plate carrier also provides additional support equipment to the officers. To set up an active shooter plate carrier, all the officers need are rifle magazine pouches, additional handgun magazine pouches, and a medical pouch. Without the cummerbund, I would recommend setting up with the Double Decker Taco Pouch from HSGI. The Double Decker pouch holds 1 rifle magazine and 1 pistol magazine. For the medical pouch, I would recommend the Blue Force Gear Trauma Now! Pouch. This pouch has a removable inner compartment, so the officer can pull it out from his back if needed. 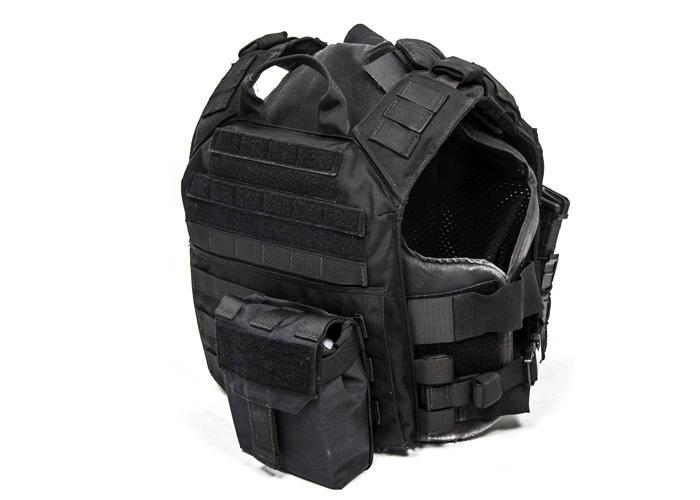 For Airsoft, The Banshee Plate Carrier without the cummerbund for people who would like to be fast, agile and light weight. I would recommend setting up the same, however, with the difference of a hydration carrier instead of the medical pouch. That is for now for Gear Tip, I am Andrew, Stay safe, and get out and play airsoft.