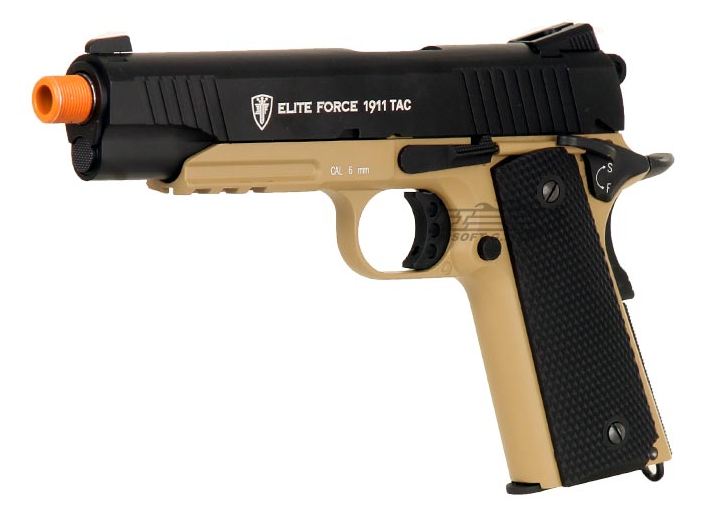 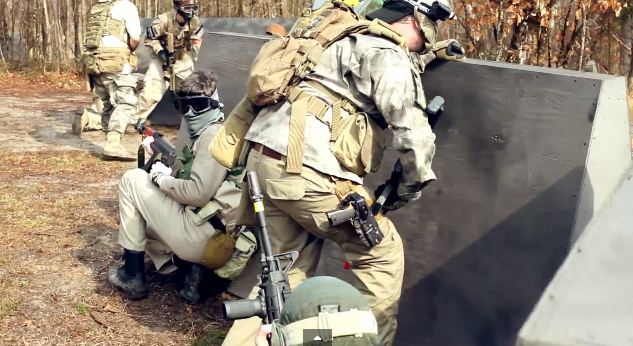 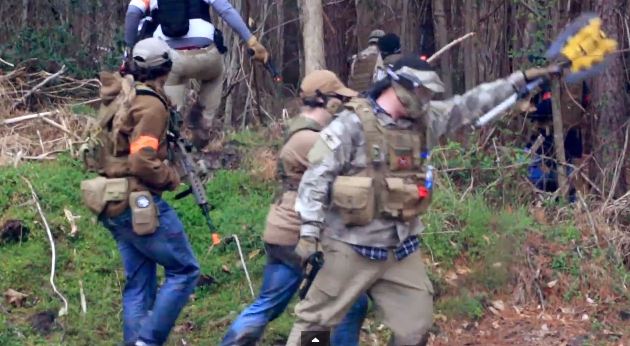 Now with all the advantages to having an Elite Force 1911 there are a few points worth mentioning about this pistol that are important to know if you are considering picking one up.

First of all, the Elite Force 1911 was designed as an outdoor pistol and as such shoots higher than the normal 350 fps limits that most CQB fields use. This can be quite an advantage however if you are playing at outdoor fields or locations with a 400 FPS limit as it will allow your side arm to reach out further than most other pistols on the field. Secondly, replacing a CO2 cartridge will take a little longer than if you were just gassing up a normal green gas mag. Thirdly, you are probably going to be using one CO2 cartridge for each magazine you fire, perhaps a little bit less, which equates to 50 cents for each magazine fired down range. Furthermore because CO2 cartridges do not have silicone oil mixed in like green gas does, your gun may need a little bit more maintenance and cleaning down the road. This is also due to the fact that the gun will be put through more stress internally due to the use of CO2. 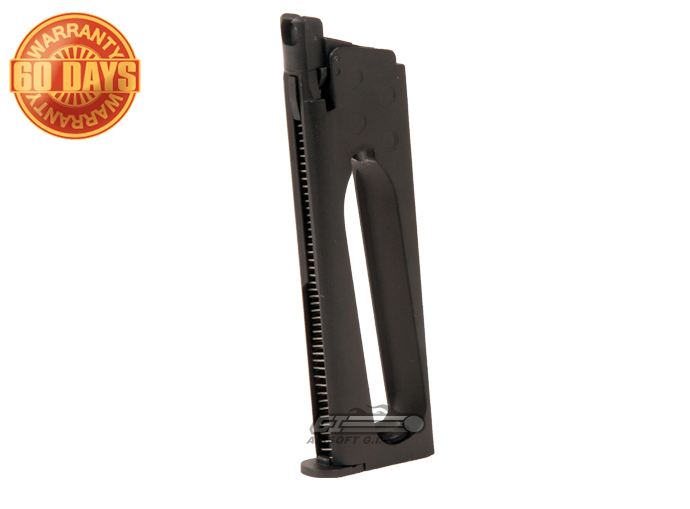 That said, if you know what you are looking for this can be the best pistol in your arsenal. If the only fields I play at have 400 fps limits then there is no downside whatsoever to carrying this pistol. As to the second point, I don’t usually have to fill magazines on the field so the extra time spent extracting a CO2 cartridge isn’t that big of a deal. Changing one on the field can get slightly complicated because of the need to use an allen key, but again, not really an issue for me because its just a tiny bit of extra time spent and I usually have allen keys on my rig. As far as having to use one CO2 cartridge per mag, the usefulness, availability, and price of CO2 cartridges makes this another non issue. CO2 is vastly more available in so many disparate parts of the United States that for many people who can’t get green gas readily, CO2 may actually be their only affordable/viable option. In addition, if you buy CO2 cartridges in bulk you can further cut down the cost of operating your pistol. 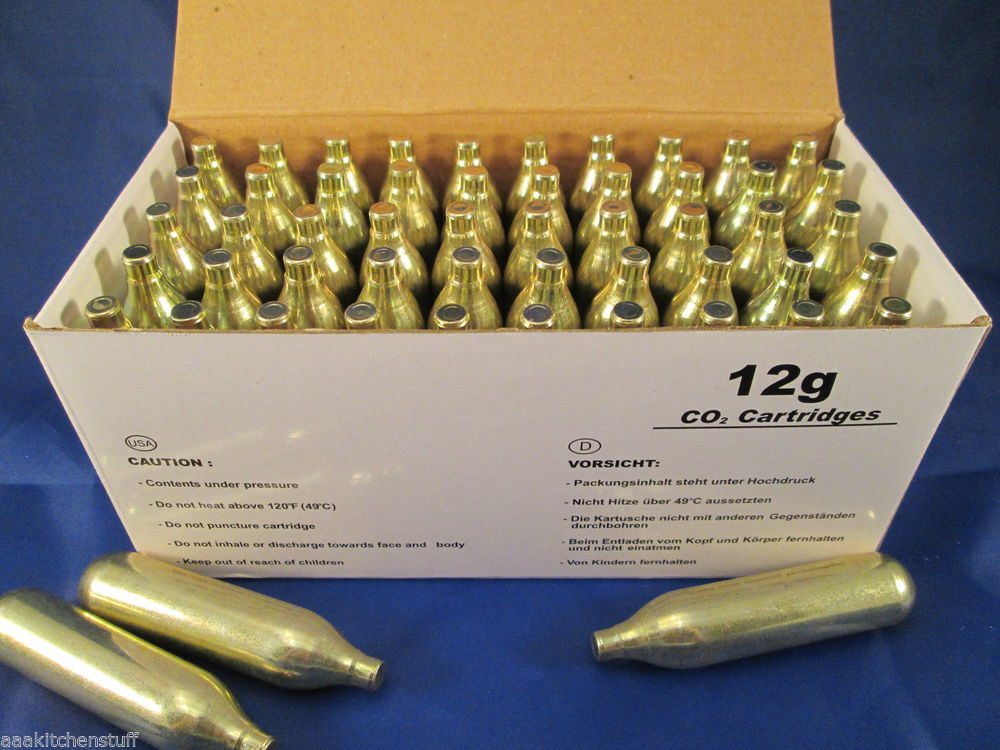 Now, routine cleaning and maintenance should be a standard part of any airsoft enthusiast’s checklist. Going out to the field for a day then coming back and not cleaning your gun or gear for weeks will just downgrade the effectiveness of the products that you have spent your hard-earned money on, so why not just take a little extra time when you’re home, go through your gear and guns and make sure they are good to go for your next outing? One hour or less spent way ahead of time cleaning and doing maintenance will save you from spending hours down the road trying to fix what regular cleaning and maintenance would have already taken care of. 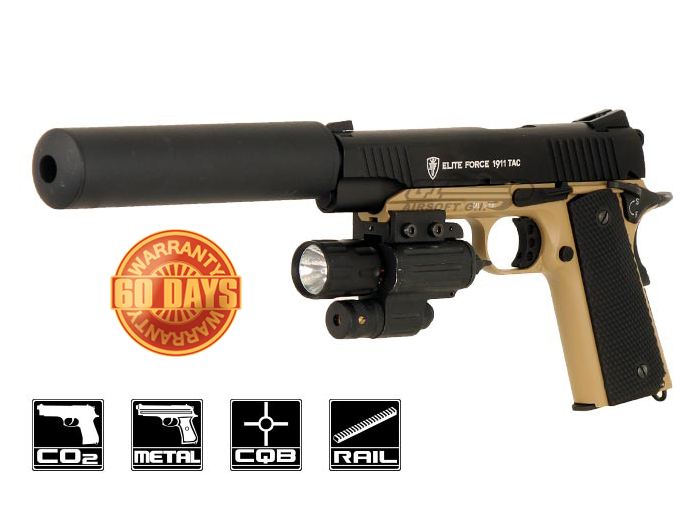 To sum it up, the biggest thing you need to consider when buying this pistol is whether or not you are going to play regularly at fields that have a 400fps limit. If you are then GET THIS PISTOL! If you only play at fields with a 350 fps limit you may want to consider something else that shoots at a lower FPS. I have to tell you though, I am one happy Axe Man when I get to use my Elite Force 1911. That extra recoil just has a way of putting one huge smile on my face.

I’m also far from the only person infatuated with this pistol. A lot of big names in the airsoft industry carry the Elite Force 1911 as their side arm of choice. For example, we recently had Arwin “MilsimJunkie” Siador come down from Northern California to do an episode of Tactical Gear Heads and we found out that he almost always rocks an EF 1911 Tactical, which is the same gun I use! He usually has around 4 four pistol magazines on his person as well because he finds himself having to go back and forth between his pistol and his rifle in close quarters.

You can check out his Tactical Gear Heads right HERE

If you’d like to take a look at Milsimjunkie’s channel, you can by clicking HERE 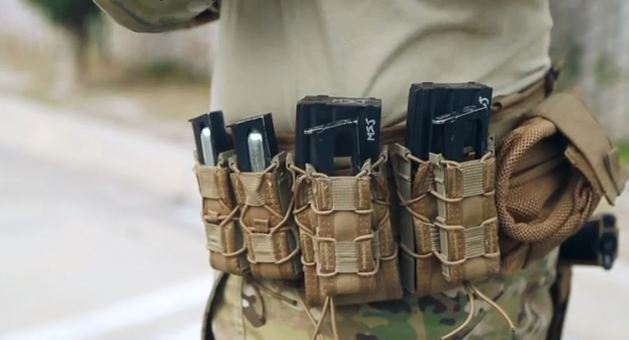 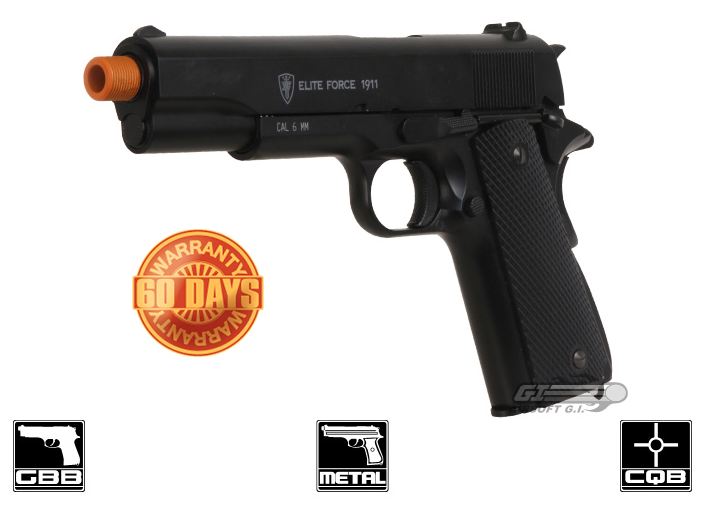 If you’d like to go directly to the products page you can click on the links below: