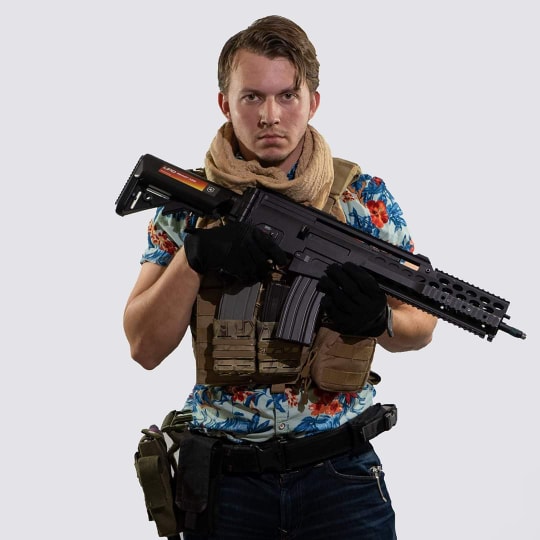 We’re back again with another player spotlight here on the GITV Blog! This week, we are highlighting one of the local videophiles of the D14 Airsoft field, Matt from Black Wolf Videos. He runs a small youtube channel documenting the airsoft adventures of players at fields like D14, but is also an avid player himself often stepping from behind the camera to behind a rifle to join the fight! He is a photographer by trade, who you can follow at @matte_black_photo_and_film on Instagram, which gives him an eye for the action on the field. Let’s see what makes Matt excited to hit the airsoft field, and learn a little bit more about a member of the Airsoft Community. 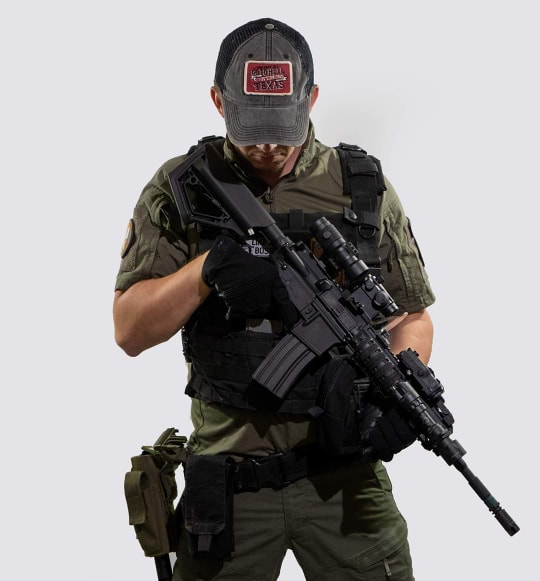 Matt is definitely a fan of direct-action style kits. He is often found in a minimalist plate carrier and battle belt with a trusty midsize carbine for his airsoft gun. His current favorites are:

For Camera Gear, Matt can be found behind the lens of his trusty Sony DSLR, which he uses to photograph and film many games at D14, including our own BB Wars events in Texas.

Do you have a team, Matt? 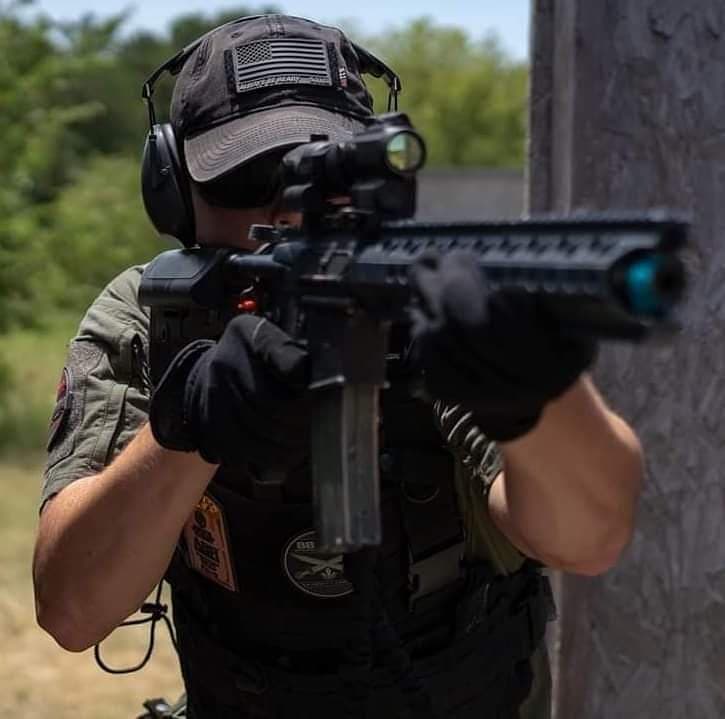 Matt doesn’t run with any affiliated airsoft team. As his youtube channel name suggests, he is a lone-wolf on the field, filling in the gaps wherever needed and moving on to the next objective. You can often find Matt in the middle of the fighting, barking orders and calling out positions to help his team get the advantage. After 12 years of running around the local fields, he’s found his place as a gun-for-hire who goes where he’s needed on the field to help everyone else out. 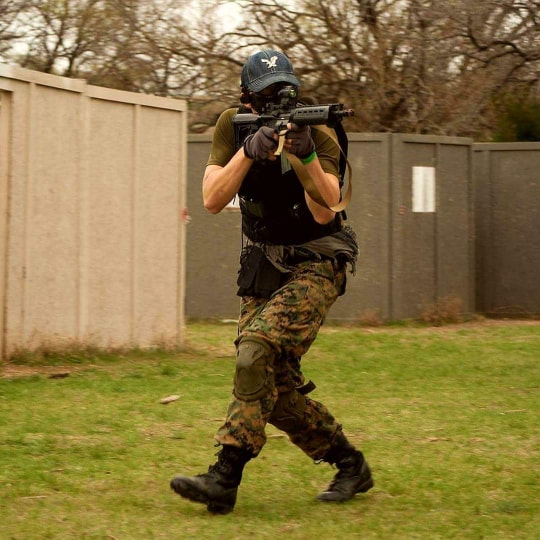 Matt says his preferred field is D14 Airsoft, both due to location and how well he knows it as a player, it makes it easier to get to where the action is when you understand the flow of battle. His favorite game types lean towards the MILSIM side of the equation, with anything that utilizes D14’s intricate bomb props being his favorite game types. Objective based games are his preference for both gameplay and film, because they flow like a narrative and make for captivating gameplay and video.

Hit us up via social media, in store, or in person and let us know! We’d love to feature more members of the amazing Airsoft community in the United States and abroad to showcase the real players hitting the fields and arenas of the world and slinging plastic!