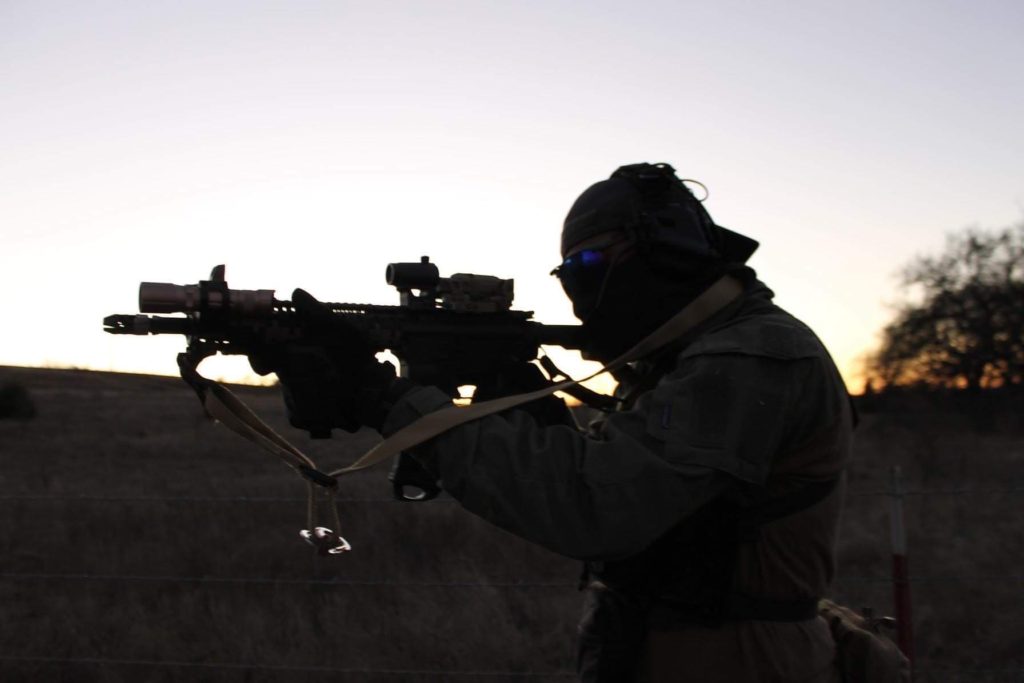 Why Do They Call Him “The Doc”?

We’re starting up a new series here on the GITV Blog where we highlight the local players in our stores. This week, we’re showcasing one of the regulars at D14 Airsoft, Andre, AKA Doc. We’ll be taking a look at his guns, gear, and favorite play styles to give you an insight into how other airsofters like to run their local fields! Let’s take a deep dive into the Doc and see what he’s all about.

First Up: The Guns. 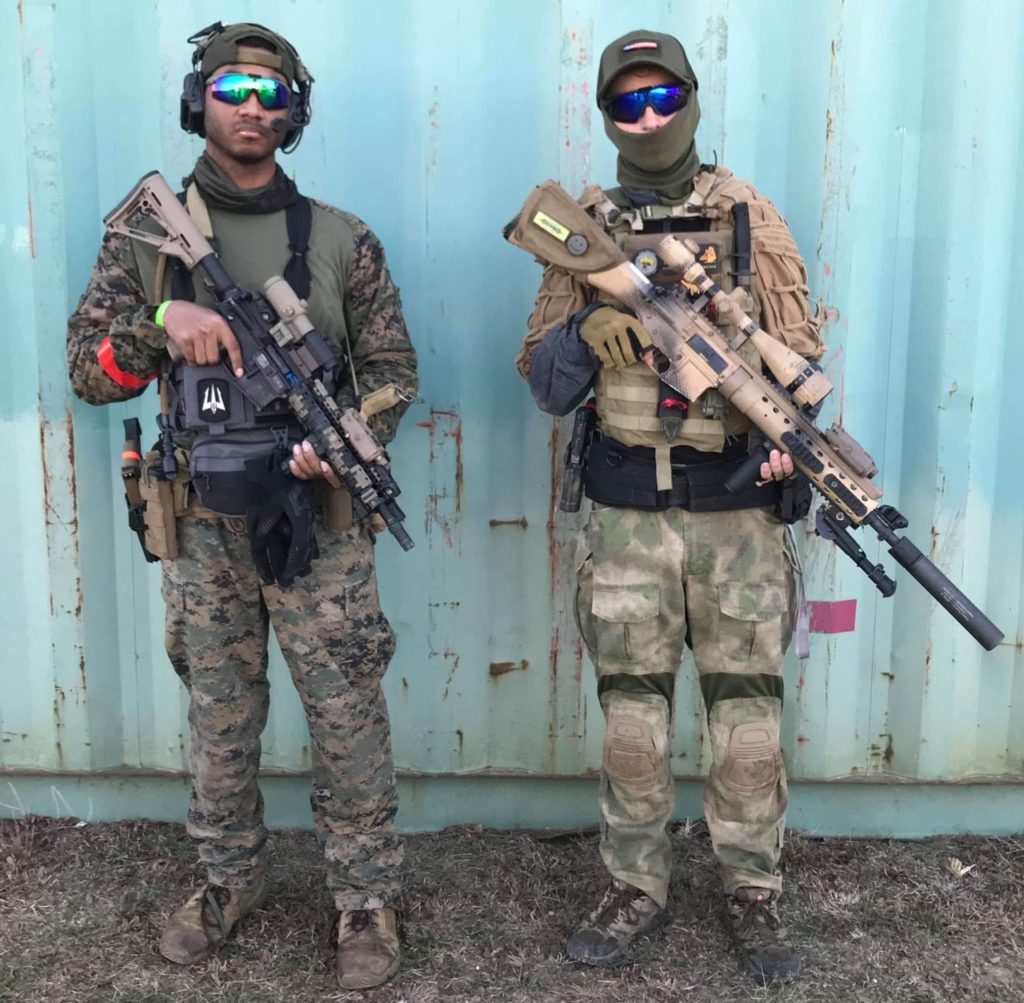 Doc’s first gun of choice is the Classic Army Nemesis MK18. Doc’s choice of rifle is perfect for room clearing, mid range play, and fast trigger response. While he was primarily running the Elite Force 416A5 before he made the switch, Doc ultimately chose to swap to the Mk18 for weight and handguard size reasons.

“It allows me to sprint from gunfight to gunfight and take my role as pointman to the next level” Doc says about his preferred blaster. Lightweight is 100% the name of his game as the first guy into the fight and one of the last to leave.

In addition to the Classic Army Mk18, Andre also prefers to run Glock style sidearms. His preferred option is the Elite Force Glock 19x, but also has a Glock 17 he can switch out on occasion when he wants the other color or a longer barrel. When Doc wants to get Cheeki and/or Breeki, he also has an LCT AK102 as well.

How do you carry all of that Kit, Doc? 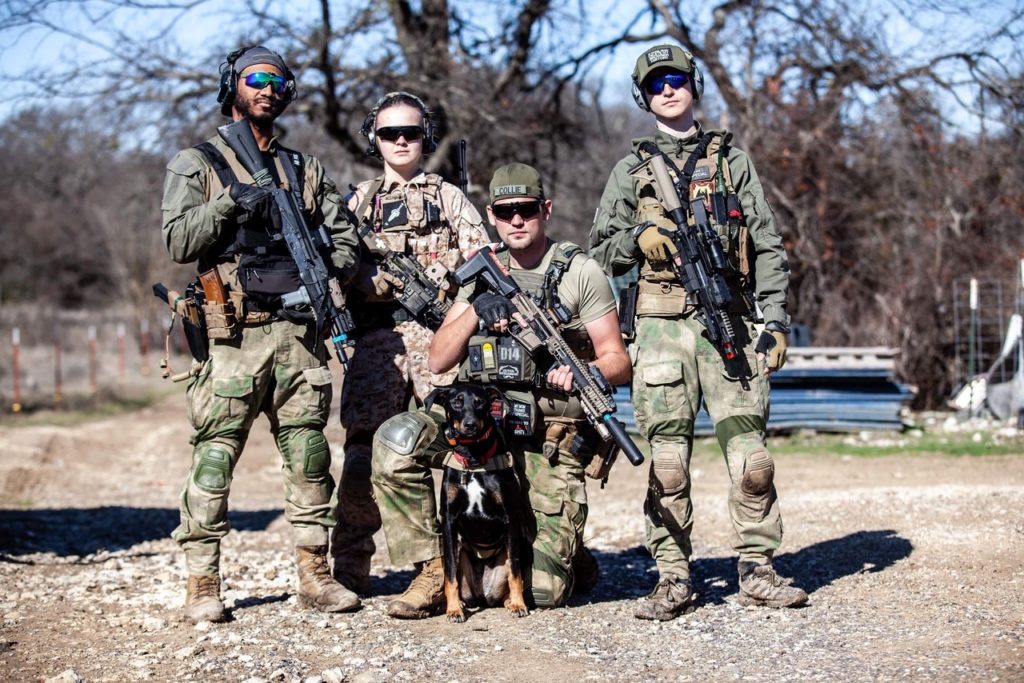 Doc’s gear is all designed around suiting his role on the field as his team’s “pointman”. Via sheer force of athleticism, Doc takes the fight to the other team. Their favorite way to manuever on the field is as a flanking force, catching the enemy off guard during MILSIM events.

To support that role, Doc keeps his kit lightweight, with a Emerson Low Profile chest rig up top, sometimes connected to a hydration pack for storage of water and other essentials like extra ammo. On his belt, he runs a High Speed Gear suregrip belt, with a GLS-style holster for his Glocks, and an assortment of general purpose and magazine pouches so that he can function even without a plate carrier or chest rig. His preferred camouflage of choice is ATACS-FG, because it fits the greenery in and around his home field of D14.

For headgear, Andre prefers the comfort and simplicity of a ball cap with a set of Opsmen Earmor M32’s for comms gear. Rather than extend his silhouette and trap heat, the ballcap allows him to stay cool and keep moving without getting exhausted unnecessarily. 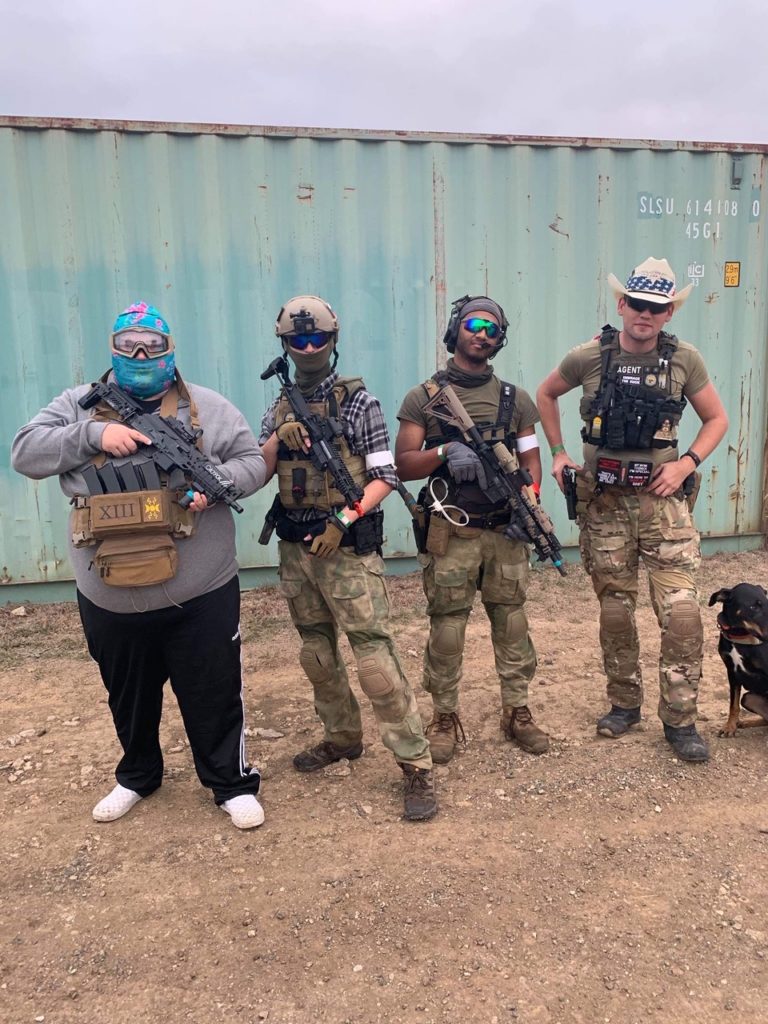 Doc’s favorite game type is “Convoy” up at D14 Airsoft. This game type allows him and his team to effect large flanking manuevers, engage in some stealthier gameplay and do more than just pull triggers all day. Through a mix of violence of action and quality kit and tactics, Doc is always ready to lead his squad to a victorious charge. MILSIM game types also tend to be this player’s favorite. When asked about SpeedQB and indoor “Nah fam, keep that away from me, MILSIM is life” is his reply.

We asked Doc why he enjoys MILSIM so much over more athletic styles, since he is clearly an athletic player himself, and to him it comes down to the camaraderie on the field that you receive and the game length.

“Speedqb is too short. The games are over too quick for you to form those lasting bonds with other players. It may be some peoples flavor, but I like the big squad tactics moments you get from MILSIM, I like the simulation and engaging in the immersion. It’s about more than just winning for me.” He says of his preferred gameplay style. 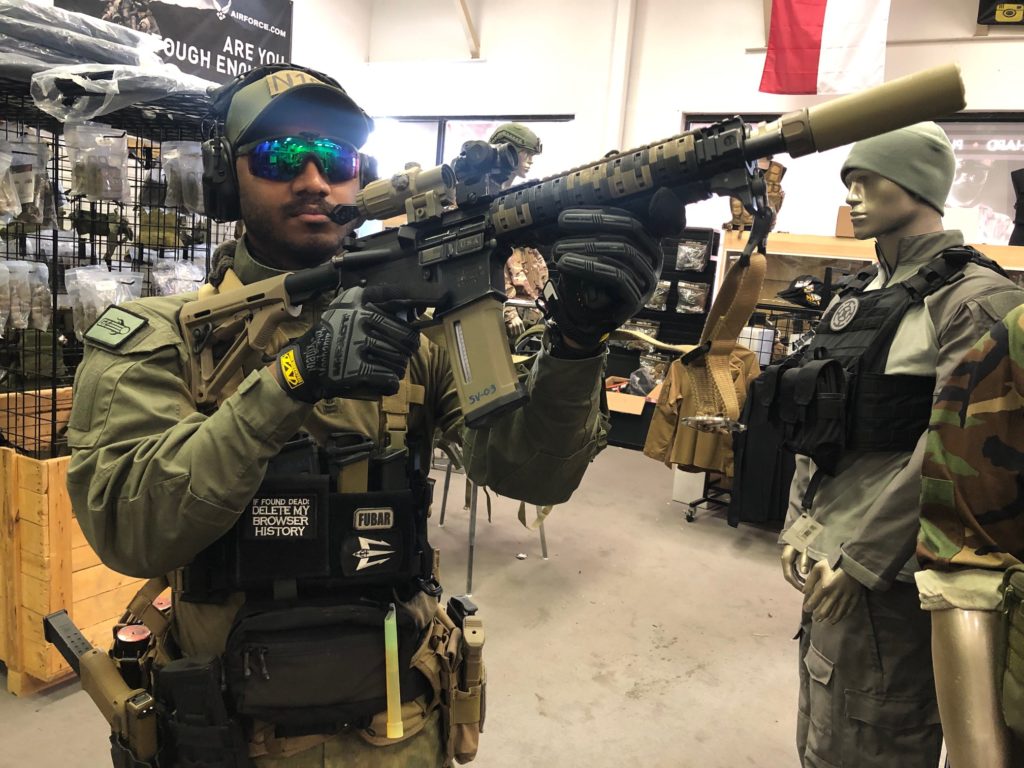 Doc is one of the most active regular players at D14 Airsoft, and you can find him out there nearly every saturday. If you ever want to get in with a good squad to do more than bunch up behind a conex container and pull triggers, he’s the guy to tag along with.

If you want any of the gear you’ve seen in these photos, you can find all of this and tons more at Airsoft GI, where you can make use of the Wombo Combo to score free shipping, get rewards points, and stack this with a number of great coupon codes for extra savings!

By the way, we asked Doc what his favorite coupon code on Airsoft GI was, he said “Dave”. So try that out and see what it gets you!