If you have not seen Zero Dark Thirty, let me ruin the movie for you and tell you that they kill Osama Bin Laden at the end. After watching the movie on the release night, I was hooked by the gear that was used by the SEALs Team 6 in that movie. Before I go any further, this article is based on what I have observed and indentified in the movie. I have done extensive research after the movie and I have re-watched the movie just to confirm what I saw. Yes, I took a note pad and a pen into the movie theater and wrote down the gear that I could identify. 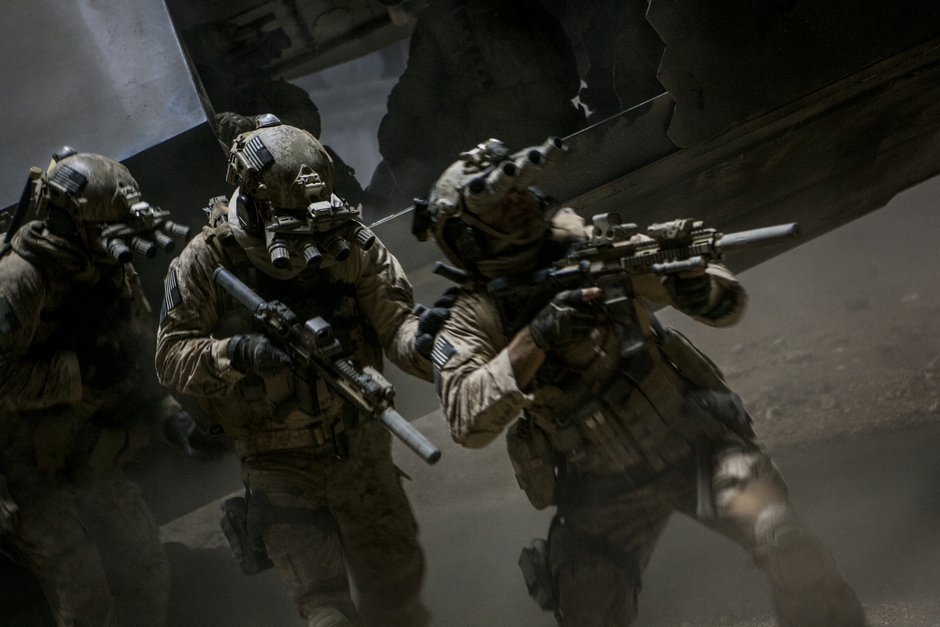 Milspec Monkey Do know harm, Do no harm Patch

Most of the above gear is unavailable at Airsoft GI, due to the fact that they are very expensive and the camouflage pattern is very hard to find (restrictive) because the companies who manufacture AOR1 tactical gear only sell them to the United States Special Warfare Command. The only places (after long extensive research) you can purchase AOR1 camouflage pattern tactical gears are either through knowing someone that can get them from, EBay (which is very, Very expensive), and by purchasing AOR1 knock offs. However, if you are looking to replicate the load out (or build a Zero Dark Thirty inspired Load out) like one of the SEAL members in the movie, and do not want to break your bank doing it, Airsoft GI has some alternative suggestions. Contour Camera: We have them! Milspec Monkey Do know harm, Do no harm Patch – We have them!

Mechanix Gloves: We have them! Unknown Belt can be replaced by
OE Tech Duty Belt

The above recommended items are inspired by the movie Zero Dark Thirty. Since we are unable to get any AOR1 camouflage pattern tactical gear and apparel, to build this inspired load out, we chose desert digital and coyote tan. The Combat Shirt and Pants are available from Tru-Spec in Desert Digital. The plate carrier and other tactical nylon are only available in Coyote Tan (for now). So if you are in the market of building a Zero Dark Thirty SEALs load out without your bank account hating you, check out this Zero Dark Thirty Inspired Load out suggestion from Airsoft GI. I have also linked all of the items I mentioned above. I am Andrew, Stay Safe, and get out and play airsoft, like a BOSS.