Now I am lumping in AR Pistols because they serve a similar purpose to SMGs. The acronym SMG stands for Sub-Machine Gun. These are magazine fed guns that are able to shoot full auto. While being compact enough to use in CQB environments. Typically they use a pistol caliber round. However, some guns like the H&K MP7 uses a special made round. The reason that I am throwing AR Pistols into the mix is because they have the same CQB driven purpose. I will be including AR Pistols that shoot rifle calibers as well. In airsoft it doesn’t really matter! (Que “In The End” by Linkin Park) 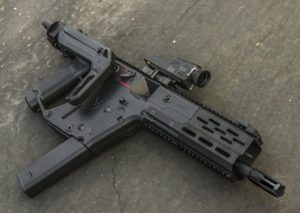 What are the best CQB airsoft guns?

SMGs and AR Pistols are made with CQB in mind. If you aren’t running a pistol. You are more than likely running and SMG or AR Pistol. Out of the box great SMGs that meet CQB FPS’s are the Elite Force H&K MP5 SD6 AEG and the Echo 1 GAT SMG AEG. Great AR Pistols would be the ARES Amoeba AM005 AEG and the Classic Army PXG9. If you are looking for a gas SMG. They are a little harder to get with a 350 FPS limit. If you don’t mind downgrading the gun. The Elite Force H&K MP7 GBB and the KWA KMP9R GBB SMG both have CQB Bolts available to drop the FPS. These guns have a great ROF and cycle rate. 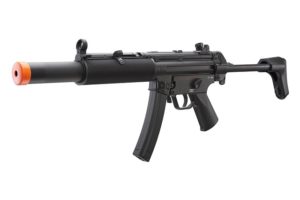 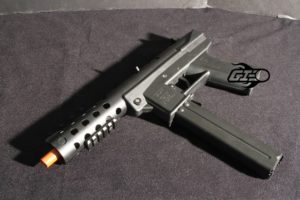 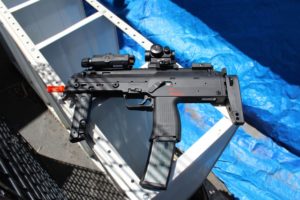 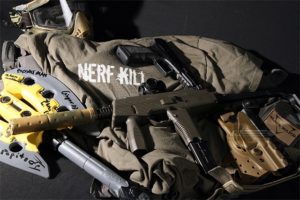 I believe this is up to personal opinion. Guns like the KWA VZ61 Skorpion and the HFC M11A1 used to be machine pistols, but are now considered SMGs. The H&K MP7 was technically a PDW, but is now also considered an SMG as well. 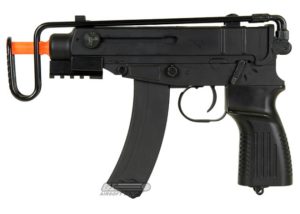 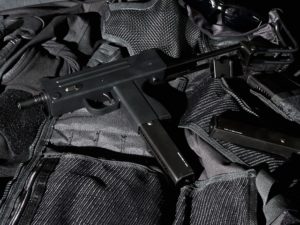 Why don’t we replace all current machine guns with the P90?

As cool as the P90 is, this idea is not very practical. First of all, the P90 uses a very unique round. The real gun shoots 5.7x28mm and as of right now there are only 4 real guns that shoot this bullet. This alone make ammo expensive. As compact and accurate as the P90 is. The magazines are very large and are somewhat difficult to handle. Meaning storing them in pouches and the action of reloading the gun takes much longer than a AR platform. 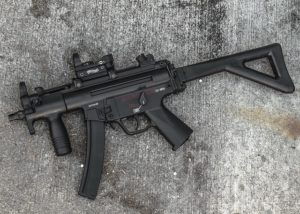 What is the difference between an SMG and a PDW?

The acronym PDW stands for Personal Defense Weapon. Even though there are bullets that are classified at “PDW Calibers”. The choice of a PDW is up to the user. It is a personal defense weapon after all. I would personally choose an AR Pistol for a PDW. They have similar function to the AR-15 in a more compact size. I believe that the SMG is more of a classification of the gun itself and the features it has. As where the PDW is a choice of gun to be used. On top of that, the term weapon is used. Who is to say a bat or a machete isn’t a PDW. (Food for thought!) We hope these questions help you learn more about SMGs and a little more about AR Pistols (Even though there weren’t that many references). There is a plethora of SMGs and AR Pistols on the airsoft market now. It will all depend on how you want the gun to look and perform for you.