How I learned to stop worrying and love Thunder B’s!

I’ve been playing airsoft for a long time and, when I got started, one of my biggest complaints was that if paintball’ers could have grenades why can’t airsoft’ers have something similar as well?! Now if I remember correctly, the Tippman paintball grenades that I used to use cost $7 when I still played paintball, and that’s a one-time use grenade! Nowadays, these same Tippman grenades go for around $15!!! 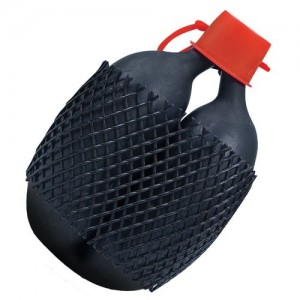 So to be clear, you had to be very sure you were gonna get a kill with a paint grenade or at the very least scare the bejeezus out of somebody, otherwise you were out $7 with no actual effect…and that’s embarrassing.

Over time, grenades were developed for airsoft but just about every product put out to market had varying degrees of success until two very important products came out which, in my humble opinion changed the game… 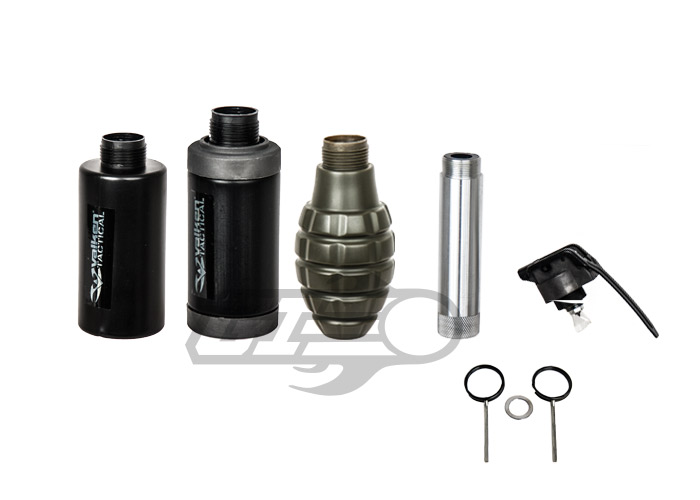 The first one was the Hakkotsu Thunder B sound grenade and oh was I excited when I saw/heard my first one go off. Thunder B grenades, if you happen to be unaware, are essentially a 12 gram C02 cartidge topped with a grenade style ignition device that punctures the cartridge and allows the gas to expand into the plastic shell surrounding the cartridge which will eventually cause the plastic shell to shatter and give off a surprisingly loud blast. Some fields count a Thunder B going off within 5 feet as a kill whereas other fields don’t count Thunder B kills and will only allow their use as a distraction device (i.e. an airsoft flashbang). Airsoft players even started modifying their Thunder B grenades by putting BBs, talcum powder, or even some glitter inside their grenades in an effort to mark their opponent. Generally all of the previously mentioned methods resulted in a less effective thunder b. You might have gotten powder or glitter on your opponent but you would have had no way of knowing which way the added materials would disperse and those modifications also changed how quickly the Thunder B exploded and also resulted in a smaller sound signature from detonation.

I’ve used Thunder B’s in a wide variety of ways ever since they first come out, so to name a few: Booby traps, trip-wire traps, door trap (had to use duct tape for this one), Sister-traps (just wanted to scare the sis!), distraction device/flashbang, etc. 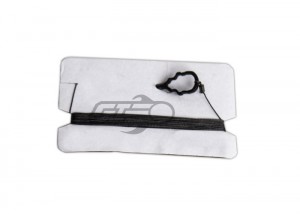 Another great thing about Thunder B’s is that they keep getting better! Hakkotsu play tests their grenades just like players do and one of the great things about buying a new set of Thunder B’s is that the starter set now includes a trip wire and a bundle of zip ties so that players can be even more creative with how they deploy their grenades. Awesome! 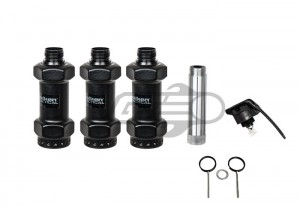 In addition to trip wires and zip ties, Hakkotsu has also come up with caps that go on their cylinder type Thunder B shells that are dual use. They can be used to quickly identify your personal grenade among other grenades (unless everyone is using the same colored Thunder B caps) and they also slightly enhance the sound produced by the Thunder B detonation. Essentially, they force the plastic shell surrounding the 12 gram C02 cartridge to burst on the sides as opposed to the top, allowing more pressure to build before ultimately detonating, which generally results in a louder blast. 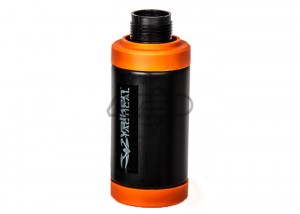 Currently, Hakkotsu has struck a deal with to make Thunder B grenades for Valken with the Valken logo on the side. They are the same Thunder B’s you’re used to; they just now have a different logo on them, no big deal! 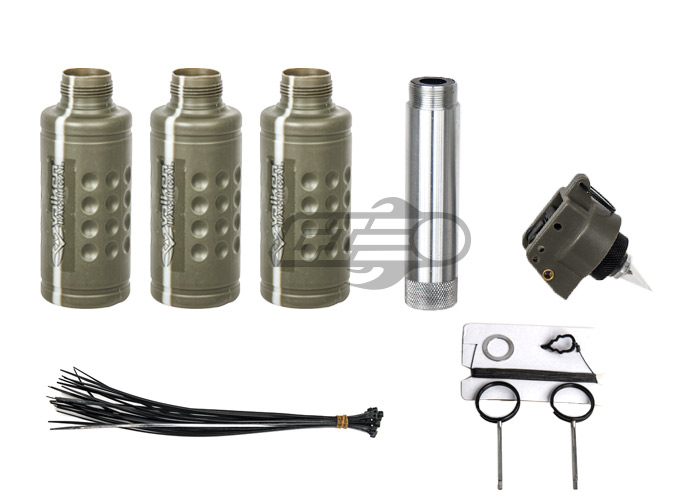 If you read closely earlier, you will have noticed that I mentioned two very important products that changed the game of airsoft. Thusly, I will be writing another article chronicling the development of the Airsoft Innovations Tornado grenade system. I am such a huge fan of Tornado grenades that I own 3!!!

Well, that’s gonna do it for this article, so stay safe and get out and play!