What Not To Do With Airsoft Guns 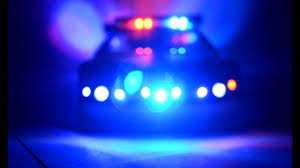 We would like to think that every single person who picks up an airsoft gun is only ever going to use it the proper way. It’s definitely for the better if every airsoft gun owner only ever dons their tactical gear and mask and hits up the local playing field for good honest legal fun. The sad truth of the matter is that this is not always what happens. Every time someone uses an airsoft gun in a negative way, it affects the whole of our community, and can end up causing even more harm to the continued enjoyment of our hobby.

So what should we be on the look out for? What things should we make sure we teach the younger generation NOT to do with an airsoft gun? Let’s cover some of the most important things to make sure we pass on to new airsofters.

This one is pretty obvious.

If it’s illegal, definitely don’t do it with an airsoft gun.

You probably shouldn’t be doing it at all, but it only gets worse in the presence of a replica firearm. Many states have laws now that will treat the presence of a firearm, or anything resembling one as if it were the real deal for legal purposes. This means that you can go from a stern talking to, a simple ticket, or a small legal charge to something much worse and much more capable of ruining your future.

Where this becomes really important to the practical airsofter is in things like where you play. This is why we make such a big deal about having permissions, in writing, for the land you use to play on when hosting private games. What started as a fun game that shouldn’t have been against the rules can turn into a nasty case of breaking and entering or trespassing very quickly, and adding replica guns to the mix can only make it worse.

You shouldn’t be doing anything illegal, but definitely don’t do it with airsoft guns. 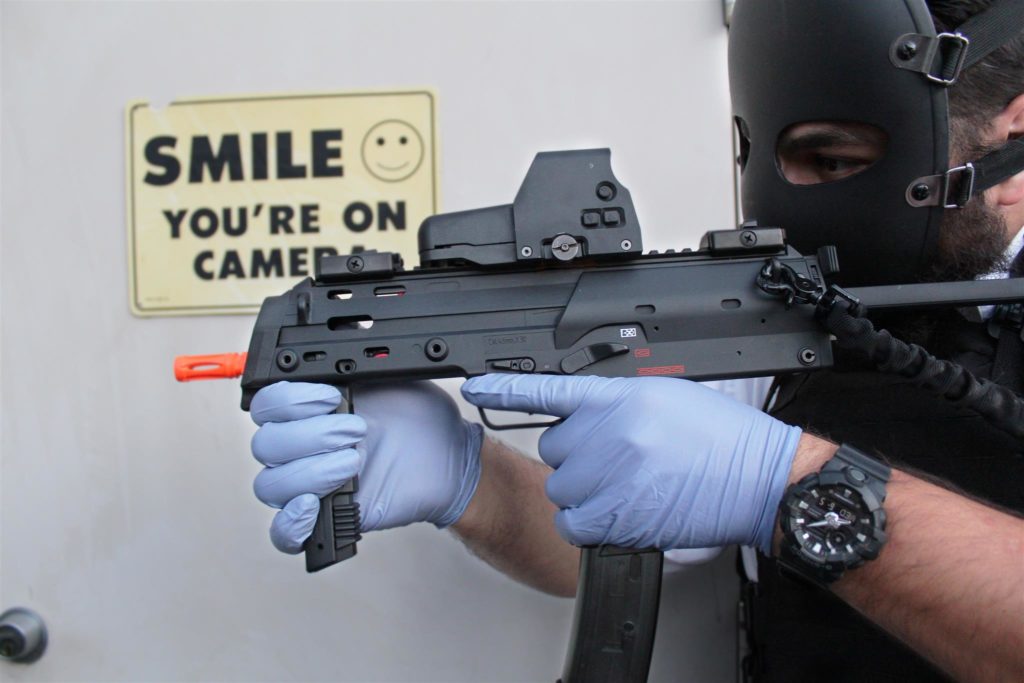 While not necessarily expressly illegal by the letter of the law, this can also cause all kinds of unnecessary issues both social and legal that you simply don’t want to deal with. Don’t bring your airsoft guns and gear to locations they don’t belong.

What kinds of places should you avoid?

Don’t bring your airsoft guns and gear to:

This isn’t all of them, but use your common sense. If you have to ask if it’s okay, it probably isn’t. Leave the gear at home, or for when you hit up your local field. This extends to how you travel as well. Keep your guns in a gun bag at all times, so that a simple stop at the gas station doesn’t turn into a felony police stop before you can blink.

#3. Don’t Play Airsoft Where You Aren’t Supposed To

This coincides with our last point, but don’t go playing airsoft in places where you don’t have permission. In fact, we published a whole article on how to go about setting up private games in a safe and legal way that you can check out if you need it.

There are several reasons to avoid this:

The nature of the gun rights debate in the United States, as well as how dangerous an airsoft gun can be when not used properly can lead to all kinds of problems if you begin trying to play airsoft in places you shouldn’t, even if you take every other precaution.

Remember Why We Have To Be So Careful

Airsoft has been in a precarious space in the public mind since it’s journey to the United States. It is still very much a small underground hobby that doesn’t have the political pull of a sport like paintball or football to defend against any legal challenges. To make matters more difficult, our likeness and appearance to real firearms and shooting sports colors many people’s perceptions to the negative, because they dislike guns as well.

Every time someone makes a mistake with an airsoft gun and gets in trouble, either by committing a crime or shining a negative spotlight via the news, it hurts our community. We have to be responsible as airsofters for making a positive impact and showing the rest of the world why our community is a positive activity that should be supported and remain legal. This means more fields start to open up in new places, more players get involved, and airsoft becomes more popular seeing more advancements and more product support from the manufacturers who make the guns and gear we love to use.

Don’t be the guy who does something stupid and ruins it for everyone.

If you need more advice on how to stay safe while you play, check out some of the articles we have on Airsoft GI.