What are the most popular Airsoft models? 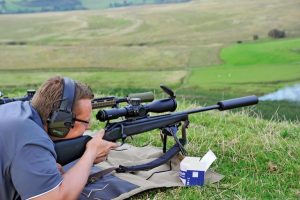 Internally these 2 models are very different. Externally they both mimic an incredibly similar rifle in the real world. In the real world the sniper role is often highly fantasized in movies, television, and video games. A lot of people like sniper rifles but don’t realize all of the work that actually goes into it. For those who have done the role in real life possibly know what might go into it. Someone like Novritsch who had actually served in the Armed Forces knows how hard it actually is. The way he moves, he knows when to shoot and when not to. 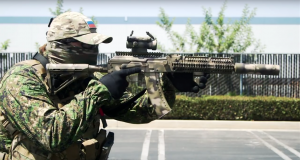 The most produced family of rifles in World History. As far as real firearms go, the AK is iconic around the world. It is often seen as the bad guy gun. Even the country of Mozambique has an AK-47 on it’s flag. With such a huge influence in the world, it’s no surprise that the AK family is popular in Airsoft. With a huge range of models to choose from and many different manufacturers, the AK is a force to be reckoned with in Airsoft. 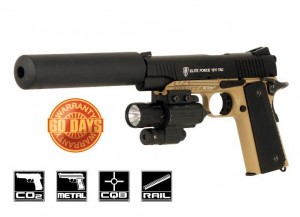 The AK is debatably the most iconic rifle in the world. The 1911 is possibly the most iconic pistol in the world. Still in use by Law Enforcement and Military Groups, the 1911 has been chugging for 107 years with no end in sight. Made by pretty much every company that makes Airsoft Pistols, the 1911 has made it’s mark in the Airsoft community just how it did in the Firearms community. A company such as Elite Force produce an incredibly reliable 1911 at a fairly low price. You can also go the premium with upgrades route such as a TM 1911. 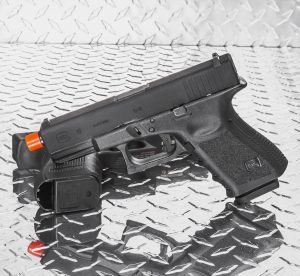 The Glock is rumored to be the 1911’s replacement. Once it became available back in the 1980’s it took the market by storm. Adopted by several Law Enforcement Agencies and Military Groups, the Glock has stepped into the spotlight as a top performer. In Airsoft the Glock is highly sought after. Because it wasn’t licensed until this year, you would be taking a major risk trying to import a Glock. There were a lot of stories about Glocks getting seized by US Customs due to copyright infringement. People would lose entire $150-$200 investments because of it. A few stores would manage to get them in from time to time but for the most part it wasn’t easy finding a brand-new Glock in the US.

The M4 Carbine is the most widely produced model of Airosft gun and it will more than likely stay that way. With a huge abundance of parts for internal and external upgrades there is literally a limitless number of options you can do to make your M4 truly your own. We can more than likely do a Top 10 of M4 models alone. You can go the MK18. MOD 0, MK12, just to name a few military designations. You also hav 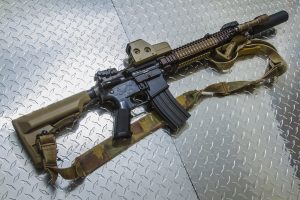 e several companies who produce rails that aren’t used by the military. Such as Centurion Arms, Noveske, Fortis, PRI, and many more. Regardless if you’re a casual player or a hardcore player that has to have his Kit made to perfection. The M4 is a gun you’ll see anytime you walk onto any airsoft field.