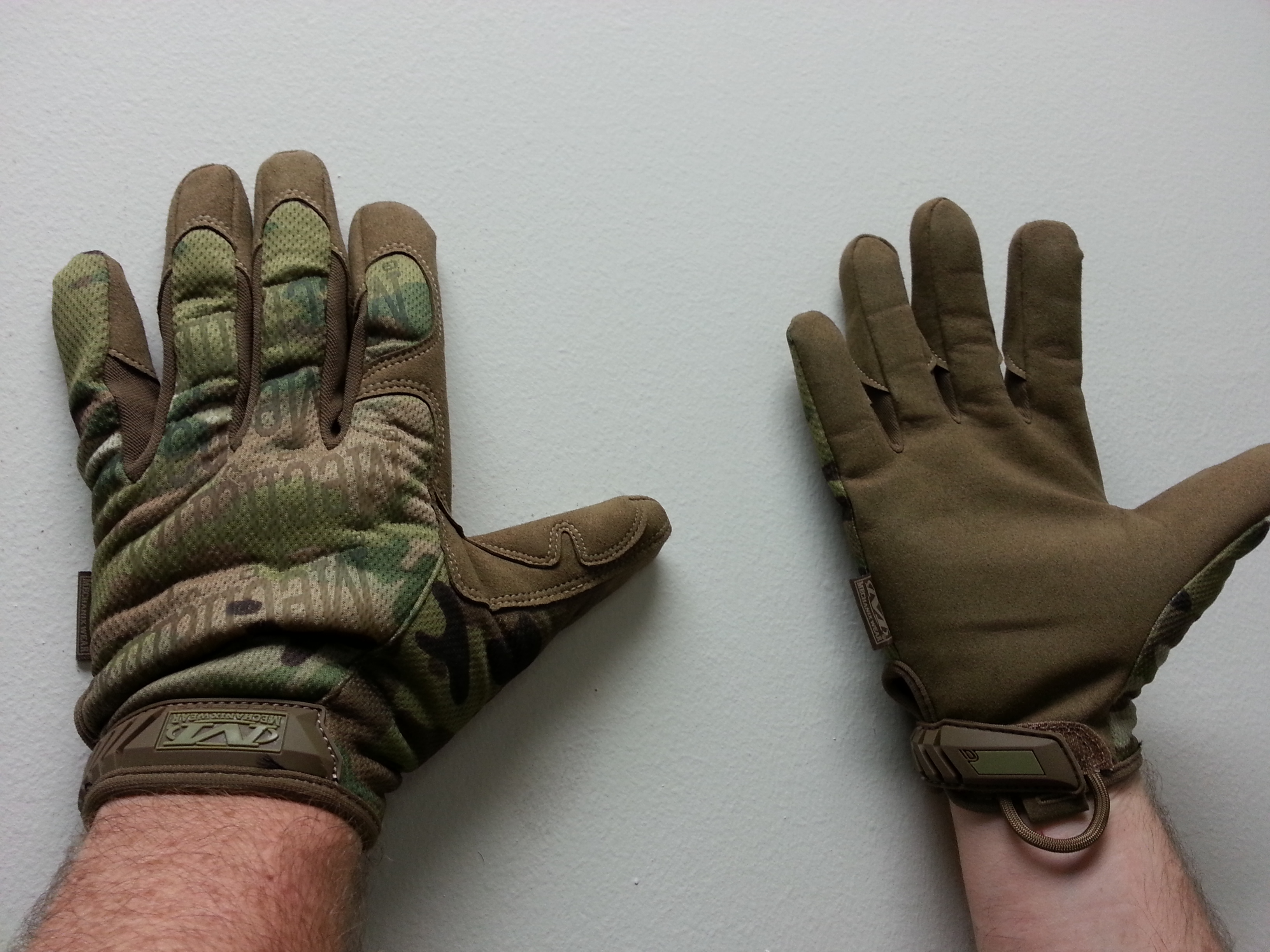 Mechanix Gear makes great products and this is no exception. They are comfortable, dexterous, and are affordable enough for my own airsoft-related purposes! Over my decade-and-a-half plus of playing airsoft I’ve had the chance to use a wide variety of gloves and in the past 5 years I’ve more or less settled on Mechanix Gear as my go-to gloves of choice. As such, it should be no surprise that I’m very happy with this product. 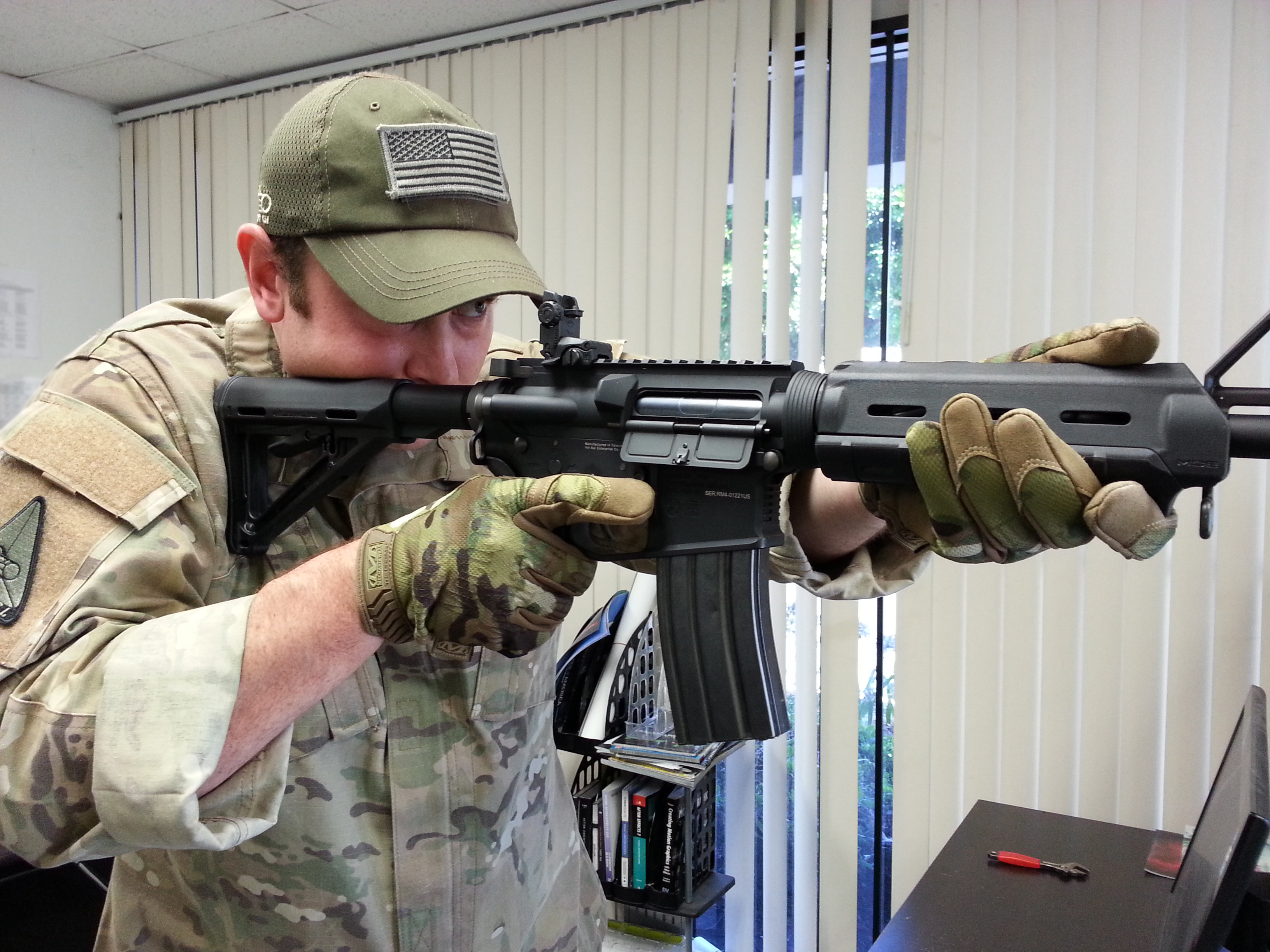 Furthermore, I literally JUST got my first set of Multicam BDUs (I’m know I’m way late on this train) and these gloves are going to work perfectly with my new kit, which is not pictured. Mechanix Gear will be coming out with three different version of their gloves: Original, FastFit, and M-Pact. The gloves in this photo are Mechanix Gear Original Multicam gloves and what I normally use are the Mechanix Gear M-Pact gloves which have more protection for the top of my hands. Mechanix FastFit gloves, which I have yet to play-test, have form-fitting stretch panels between your fingers to provide a snug fit and elastic cuffs for easy on and off flexibility between tasks.

Essentially, Mechanix Gear is releasing three different version of their multicam gloves before the end of June 2014 that cover the vast majority of airsoft uses, which is yet another reason to be excited! You will be finally be able to get Multicam gloves from Mechanix Gear and not only that but you will be able to get the version that suits your airsoft mission-specific needs! 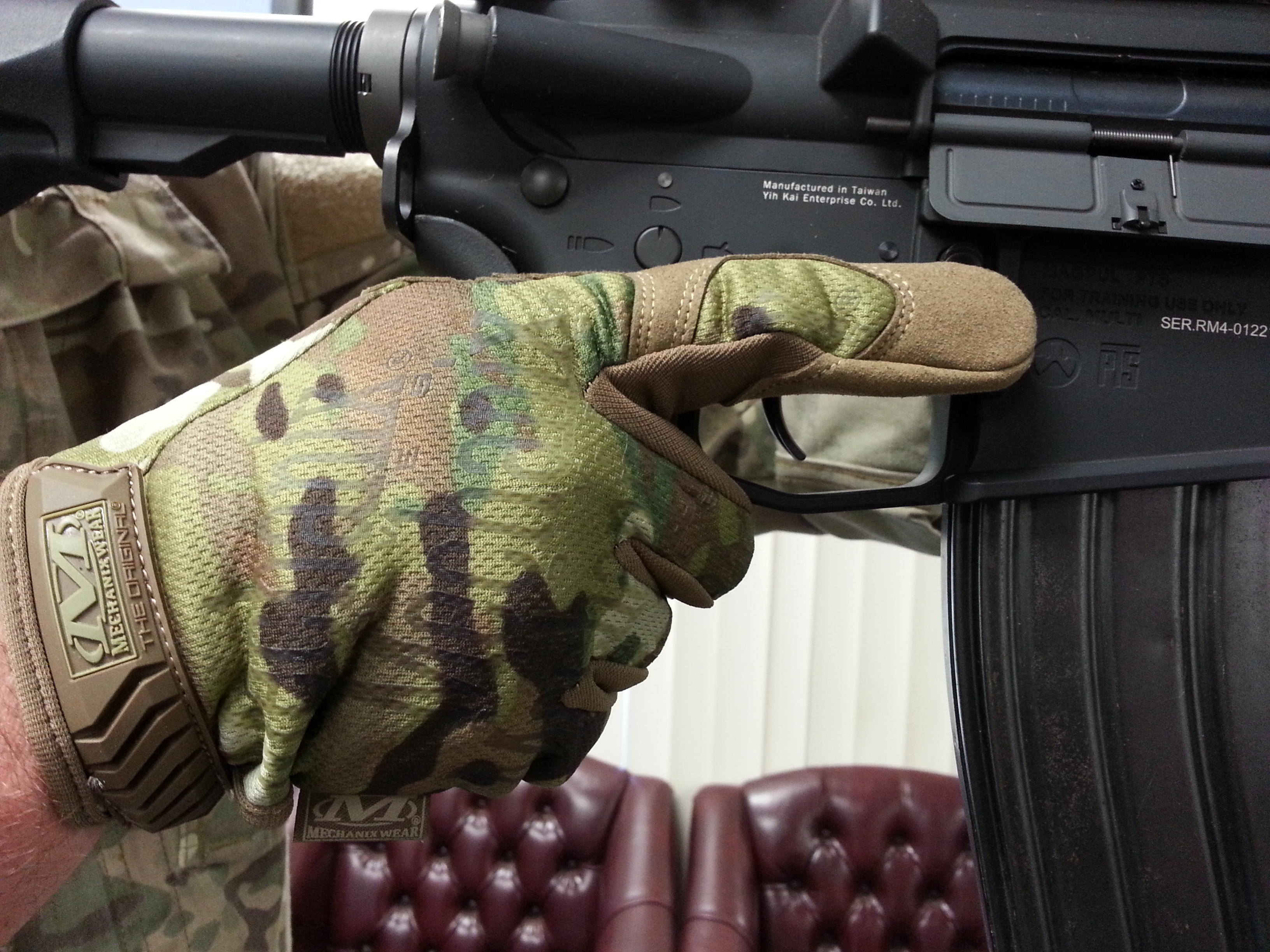 Once again, I’m one happy Bob 🙂

Airsoft GI is now stocking Hatch Corporation gear to bring you the some of the best tactical use gear in the world. Hatch has become a leader in the law enforcement glove market since 1967. They have used their experience in gloves to create other protective/tactical gear for uniformed duty, tactical, corrections, military, industrial safety/medical rehabilitation personnel. Hatch products are designed with the performance needs of the professional end user in mind (hatch-corp.com), and now it’s all available for you at www.airsoftgi.com

These Hatch hard Knuckle Gloves are the ultimate protection for your hands. A hard plastic plate covers the knuckles and additional Kevlar padding is on the outside of each finger. The palm is 100% leather with extra padding on the hand where recoil is felt. Also, there is a leather ring around the trigger finger of each glove near the first knuckle so the finger can be cut without fraying the rest of the glove ( if you prefer to shoot that way ). We also have Hatch’s high quality knee pads, available in black, tan, and olive drab.  The Hatch Centurion Knee Pads are possibly the best value for money in regards to knee protection. The 1/2″ high density foam is wrapped in Cordura Nylon to provide impact protection while still keeping a slim design to prevent from hindering movement. The rubber non-slip cap provides extra shock protection and is riveted to the knee pad for durability and flexibility. The 2″ elastic straps are adjustable with Velcro strips and fasten with a friction lock buckle.