We stopped off for the required stop at South of the Boarder. If you are not familiar with this place, it is basically a 350-acre roadside attraction with shops, restaurants, and some really odd concrete statues, including a collection of iconic Pedros, a cartoon mascot with a Mexican theme. 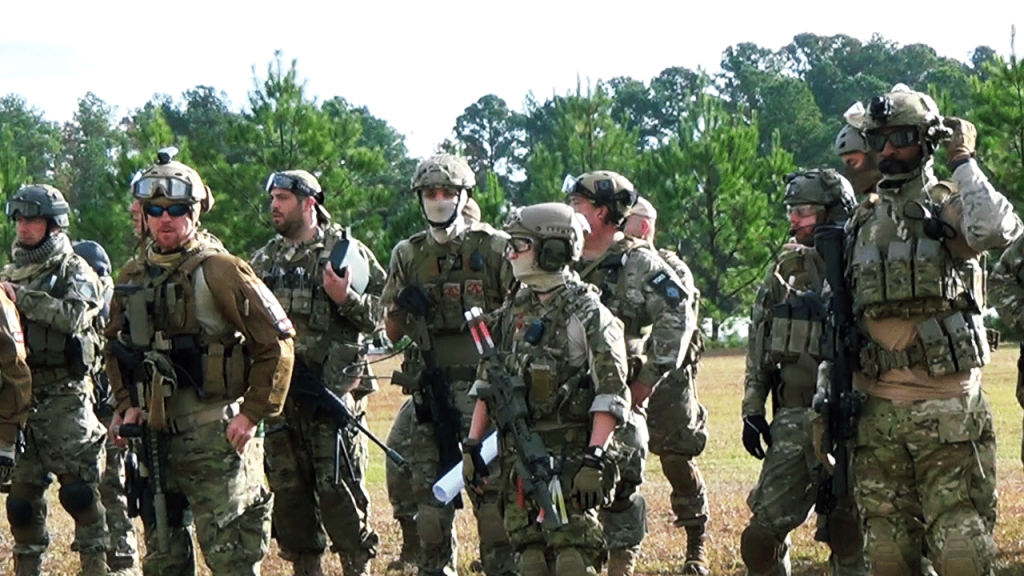 We pulled into GTI around 10pm Friday night; we avoided the numerous camping tents and finally pulled up to a suitable spot, and headed into the registration area. We meet with the AMS staff and several of the great support staff for the event, as well as out squad leader. As we returned to the ACV both Zach and I could see the outline of the building against the dark sky, we could not wait till the next day.

I awoke early and after a quick fueling of coffee and breakfast I headed out to the chrono and to the PolarStar tent for an air tank fill. From the moment I stepped out of the ACV till the game started I was busy talking with other players. We all gathered for the event briefing right around 8:30am and of course had the prerequisite group photo. We then split off into our respective teams and then squads. We were briefed on our mission for the first evolution. Last minute gear checks were done and we headed off to the starting area for our side, UFS. 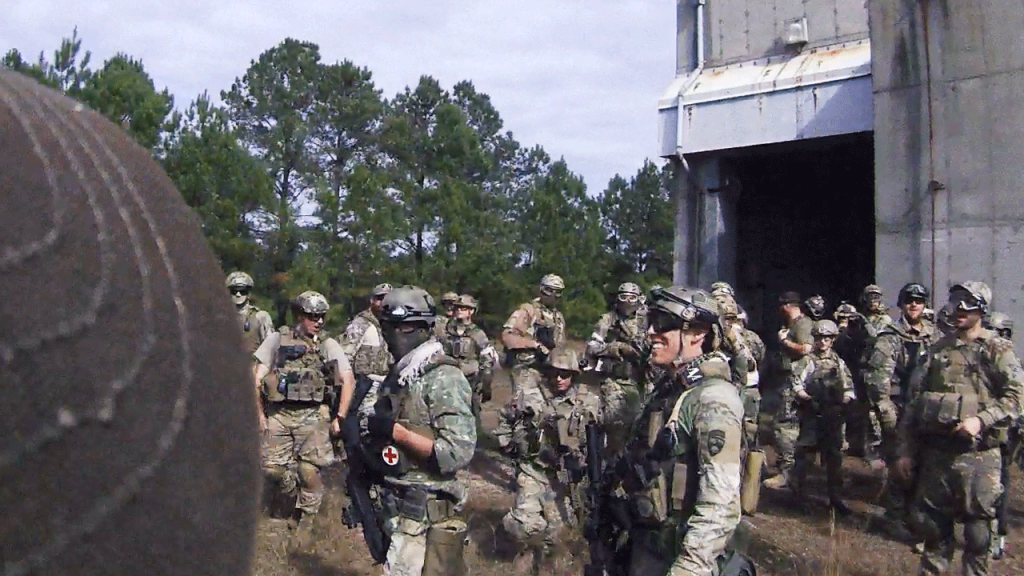 The seconds slowly ticked by until the command “GO GO GO” was yelled and the stampede up the hill started, squads splitting off, heading to their tasked areas. For the next 3 ½ hours we fought to advance or maintain our line, buildings were taken and lost and taken. We broke for a well needed lunch and returned about an 1 ½ hours later and fought over territory. Our squad was tasked with several missions throughout the day, some involved very close quarter battles inside awesome building, crawling under floors, or holding a specific position. I was exhausted by the time night fell and the evolution ended. Returning to the ACV I gratefully removed my plate carrier and equipment and began to think of what I was going to eat. Out of the darkness came my squad leader, “Ed” he asked “want to be OPFor for a IDAM. 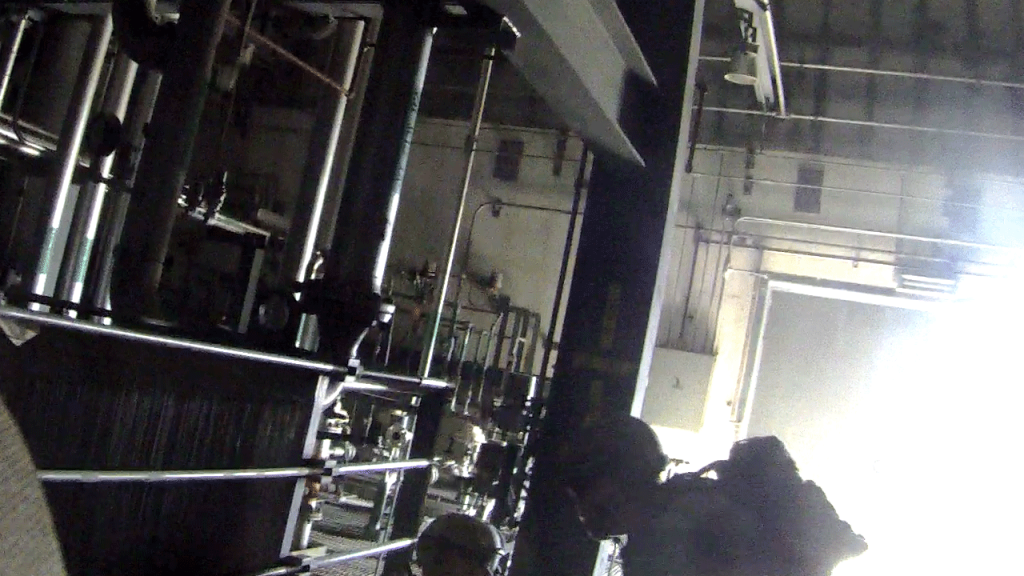 I promptly grabbed my kit and headed out. The OPFor was myself and 2 members of “Steel Dragons” airsoft team. The IDAM was awesome, total darkness, inside a building and on a roof top. We were searching for a 2 man team, which we found and after a brief battle we died. I finally returned around 9pm to the ACV and collapsed and gobbled my dinner down. The remaining evening was spent talking with fellow campers.

I woke up with a start and my body rebelling form the abuse I had given it the day before. Grabbing coffee and a bite to eat I headed out and began to gear up. The morning briefing was given and very quickly I found myself back fighting for ground and buildings. The fighting today was much faster paced and seemed more constant, leading up to an epic battle in a pipe yard which brought the game to a close.

I returned to the ACV and cleaned up and headed to the closing ceremony and raffle. We finally left the AO around 4pm and arrived back at GI Tactical around 12:30am. 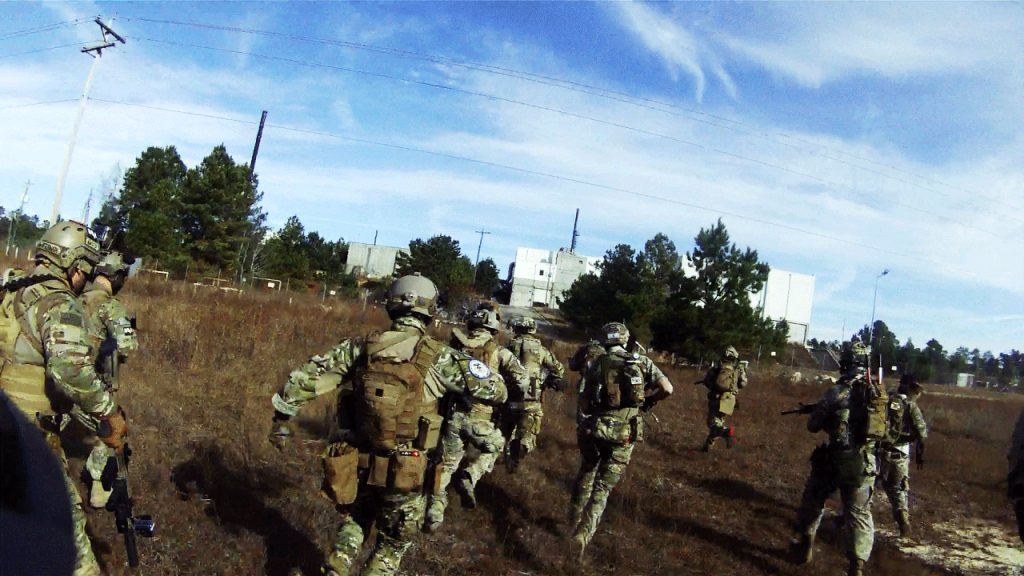 I would first like to thank GTI for allowing this event to take place and to AMS for all the hard work they put into this event. This was my first AMS as well as my first Milsim event; I believe I was spoilt with this AO.  GTI is a Decommission Nuclear Fuels Processing Plant used as one of our nation’s premiere training sites for USSOCOM forces, Law Enforcement special operations, federal agencies, and Urban Search and Rescue Teams. As a civilian being able to play at such a location was an amazing experience. For me being able to play as part of a squad and have tasks to do rather than running solo and with no clear goals in mind was great.  Knowing that another squad depended on you completing your mission and that you were covered by another squad was great. The quality of players at this event was second to none, friendly off the field and most definitely switched on during game play. My experience went from one awesome experience to another and another each seeming to get better and better. Physically I was exhausted after the first evolution but as the second and third and fourth came around the exhaustion was replaced with a great adrenaline dump and eagerness to experience more. Engaging enemies from 2 feet to 200+ feet was awesome and sometimes painful. I did enjoy seeing how the old tactics I knew have been improved on as well as equipment; I think I will be updating my kit soon. I cannot wait till FG 3 next year as well as going to play at other Milsim events next year. If you have never gone to a National Milsim event, I highly recommend going, it will be a super experience that is hard to rival. 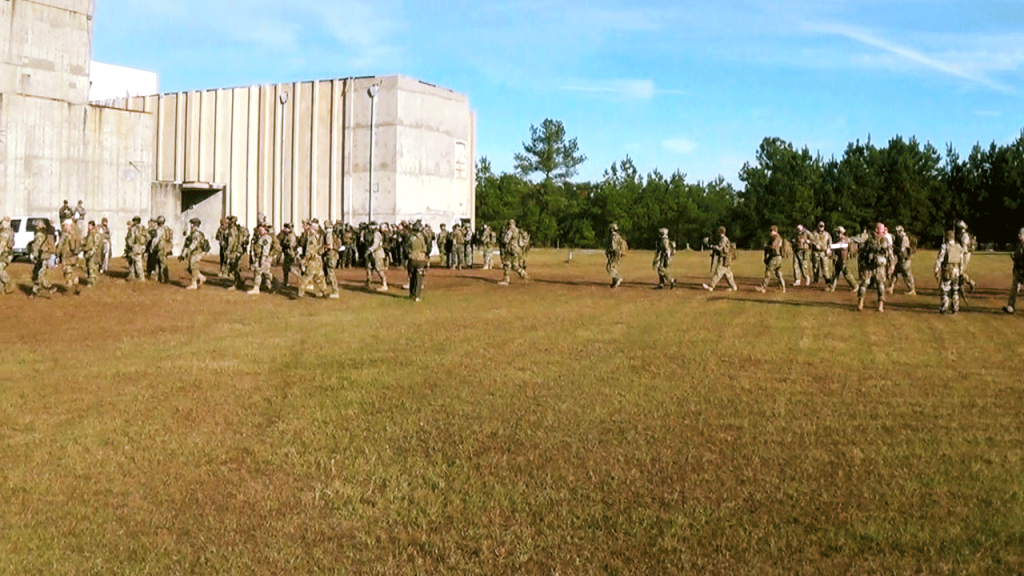