How I Learned To Stop Worrying And Love CQB 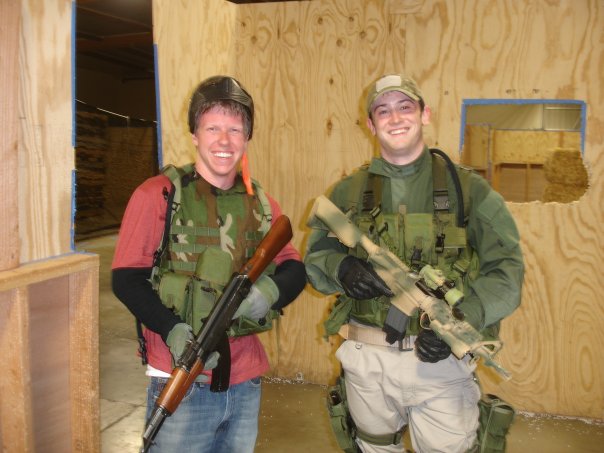 The beginnings of my airsoft career were rather modest. I began by playing paintball at a field called Target Zone Paintball on Poso Creek just outside of Bakersfield, CA. After getting into paintball and dropping most of my disposable income from my job at a local chevron gas station, I signed up for a subscription to Action Pursuit Games, which was in my opinion the best paintball magazine available at the time.

That said, after reading a few issues I noticed an ad for airsoft guns in the back pages and was utterly amazed. From then on it wasn’t about whether or not I should get into airsoft, it was more about the how and the when. 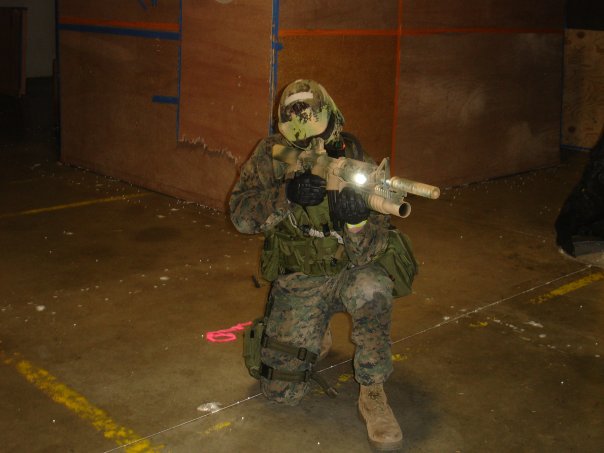 Fast forward a few years and I’d been playing airsoft in my backyard and at a dozen games in the Sequoia National Forest when I ended up heading to college in Los Angeles. Now, in and around LA county there quite a large number of airsoft/ paintball fields in general and there are quite a few indoor airsoft arenas among that number that are still around. One field which is not still around but which was one of the first I frequented when I moved down to LA to go to college was called the Zipper factory.

I’m sure you’re wondering if that was some cool play on words or if the place was made to look like a zipper factory, but in all actuality during the day it was an honest to God zipper factory. Zipper factory wasn’t what you would call the best CQB field ever, I mean to be honest it was actually pretty subpar. It was messy, the refs were poorly trained, the field was kind of dangerous with all the machinery around, and just about every piece of cover had a hole in it that an opposing player could shoot through. It was definitely not the best field for CQB, but I found a way to have fun, and bringing the right friends along for the ride was a big part of it. 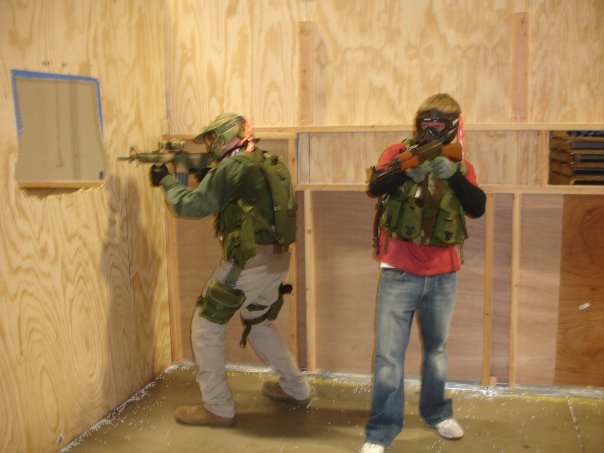 Having friends that you airsoft with can be a big part of what makes it fun to get out and play. Half of the fun of airsoft is reliving old battles with the friends that took part in them with you, which is why it was important for me to take friends out to my first few games in LA. Thankfully, a few of my friends at college were already into airsoft and all it took to get one of my engineering buddies hooked was to show him my TM AK. After that I had battle buddies almost any day I was heading towards some airsoft action. 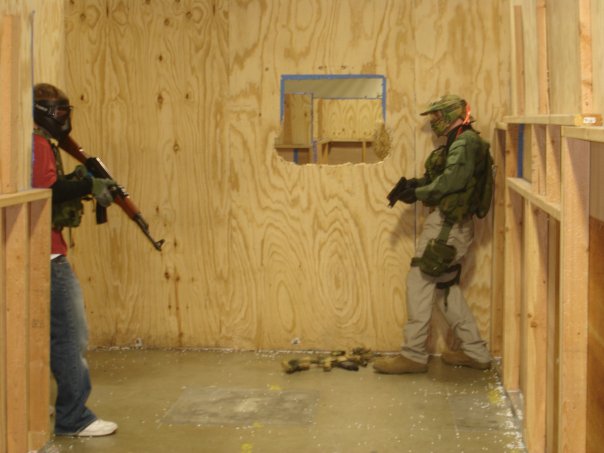 One thing that I found interesting after I started working at Airsoft GI and playing at events all across the country is that there are colleges that actually support airsoft as a club sport, meaning that you can get university funding for your games and possibly even gear as long as you keep it within the club. That is information I definitely wish I had while I was at Loyola Marymount University, because I could have gone to so many more awesome operations had there been support from my school, but I digress. 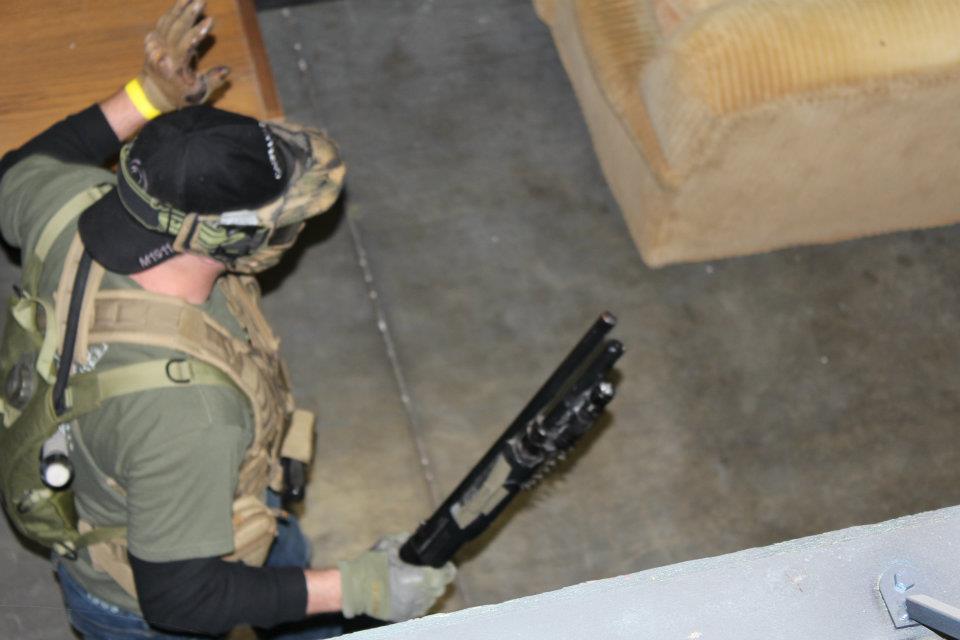 One of the first things I learned to love about CQB was the inherent advantage of gas guns and spring shotguns over AEGS. Gas guns and spring shotguns generally have a fraction of a second advantage over an aeg when they are fired at the same time. This means that if I come around a corner with my KSC G19 at the ready and I’m staring down the barrel of a Tokyo Marui M16 held by another player and we both fire at the same time, my BB is going to hit first. Another advantage for spring shotguns is that the BB spread is quite a bit wider which allows you to be less accurate with your shots and yet still have a fair chance of being on target. 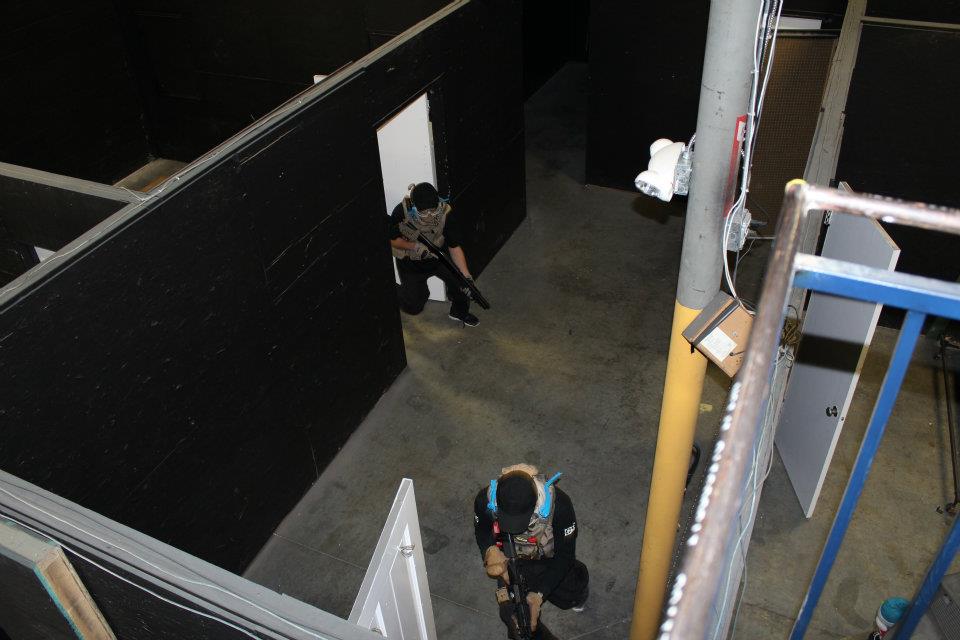 Now there are some distinct disadvantages to CQB that, in the interest of full disclosure, that I should mention. Firstly, if you’re used to playing outdoor, CQB will be quite a radical change for you. You probably won’t be used to checking corners (I wasn’t); you also probably won’t be used to getting safety killed (example “Bang! Bang!); and you probably won’t be used to having the other team run all the way down one side of the course and having a drop on you right from the beginning. Another disadvantage to CQB is that the majority of the hits you are going to take are going to be at very close quarters as opposed to the longer ranges you’d normally be engaged at on outdoor fields. During my first couple of CQB games I was hesitant to be the first guy in the door(for a breach) because I didn’t want to get shot in the knuckes or the neck and I hated the fact that I was afraid to breach a room. To compensate for my distinct lack of courage at the time, I decided to pack on extra gear and bdu’s to cover up all of my “soft” spots. Ever since I haven’t really had any worries and I can breach with the best of them, even without all of my extra airsoft armor. All of these points took me some time to get used to and this changed the game of airsoft for me irrevocably (and not necessarily in a bad way!) 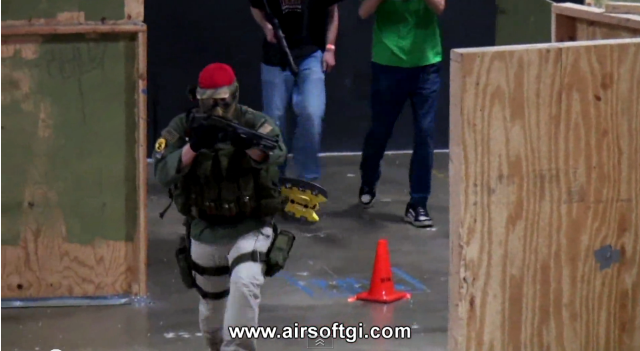 There is one facet of CQB that made me immediately want to plan another day of airsoft immediately… fast respawns. I know there are fields out there that do this, but until the day I started playing at Tac City (which used to be called Airsoft playground when I moved to Southern California) I was gleefully unaware of fast respawn games. Basically, how they work is that the ref will set a given number of respawns per player so that they can respawn that many times before they’re out, or the ref will set a “wave” respawn” meaning that when a certain number of players are in the dead area they will then be able to respawn. To be honest, there are countless variations on respawns, but up until that point I was gleefully unaware of that game type for recreational airsoft and I couldn’t have been happier to shed my ignorance.

That being said, after having lived in Los Angeles for the better part of a decade I realized that all of us airsoft enthusiasts living out here are spoiled with the amount and different types of fields available to us. There are CQB fields with massive interiors and very little set design like Tac City South, then we have fields that are quite the opposite like Insight Interactive where there isn’t a whole lot of space to move around but the field looks amazingly like a bombed out WWII village. After that, there are fields that have a mix of CQB and field play like Hollywood Sports Park which has a variety of Hollywood themed outdoor fields (Starship Troopers and Mad Max to name a few) and where the HSP Combat Center is located, the field is a net-enclosed CQB facility exclusively used for airsoft. 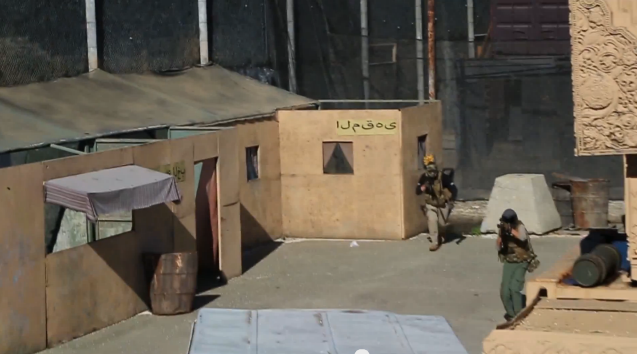 I have noticed after years of living in LA that I find it much easier to head out for a pick up game at a CQB facility than at an outdoor one. There are many possible reasons for this, the first of which being most outdoor only facilities are further away from me than just most of the other indoor airsoft arenas. Mostly though, I see outdoor play as somewhat of an all day affair, whereas when I go to an indoor facility, I feel like I can just pop in for a few hours then pop out and get back to my regular Saturday. Perhaps, this is because its not as long of a drive for me, but I really think it’s because of the different hours most facilities keep (example Outdoor field 8am-5; Indoor field Noon-11pm). 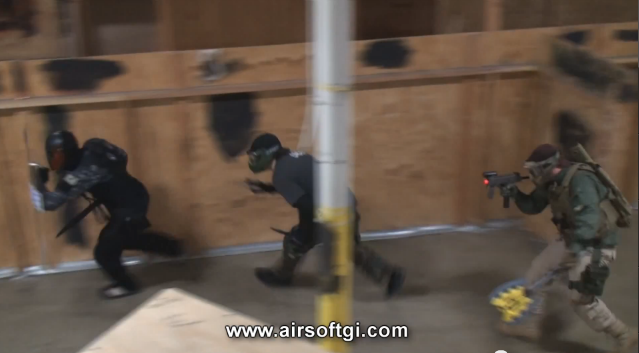 Regardless, what I know is that I came to Southern California as an outdoor airsoft enthusiast gearing up for a 4-year college degree and right now I’m theatre degree-wielding airsoft enthusiast who now has a very special place in his heart for indoor airsoft. That is how I learned to stop worrying while increasing the love for airsoft CQB.