A lot of new players always ask how airsoft guns work. Most of them are surprised when we tell them most guns are powered by battery. Most believe that they are gas powered, similar to paintball. Once we inform them about all of the different types of power sources, the next questions usually is “What is be best power type for airsoft?” I am gonna talk about the Pro’s and Con’s if all the power sources in airsoft, as well as answer the most asked questions about them!

How are airsoft guns powered?

Spring powered guns are pretty straight forward. You pull back the bolt or slide to lock the spring and piston to the rear. Basically when you pull the trigger, the piston will slam forward to shoot the BB out of the barrel. Then you will need to pull the bolt or slide again in order to fire again.

Electric powered airsoft guns use the same concept of a spring loaded piston to push the BB out of the barrel. However, instead of having to pull the piston back manually. They are attached to a set of gears. These are attached to a motor that is powered by a battery. When you pull the trigger, electricity will flow into the motor and spin the gears. The gears will pull the piston back. Once the piston is released from the gears, the spring will slam it forward to fire the BB.

Gas powered airsoft guns perform a little differently, depending on the type of system it has. First lets get into the gases themselves. Typically used in airsoft is Green Gas, CO2, and HPA. There are substitutions for Green Gas to power the same guns, but we will use Green Gas as the main reference. For gas powered airsoft guns there are Non Blow Back, Blow Back, and Pneumatic systems.

– Non Blow Back airsoft guns typically do not have a functional slide or bolt you need to use to fire the gun. All that is needed is to fill the gun with the gas it needs, insert a loaded magazine, take it off safety and fire. There will be no reaction but the BB being fired from the gun.

– Blow Back airsoft guns are using a bolt or slide system. Usually the gas is stored in the magazine. Once you load the magazine with gas and BBs. You will insert mag into the gun then pull the slide or bolt back. This will load a BB into the “chamber” and lock the firing hammer back. Once you pull the trigger, it will release the hammer. This will release gas from the magazine and push it into the bolt or slide. From here the gas going into the gun will be doing two actions. First, it will be shooting the BB out of the barrel. Second, it will push the bolt or slide backward to replicate the action that was made to load the gun. When the slide or bolt moves forward, it will load the next BB into the “chamber” and will be ready to fire again. When there are no more BBs, the slide or bolt will lock to the rear to indicate that the magazine is empty. This replicates the real fire arm function of an empty magazine. 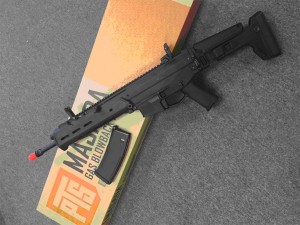 – Pneumatic Systems are usually made for rifles. They normally are installed into receivers made for Electric Powered Rifles. Some systems will replace the gearbox completely and others will need to be installed into the gearbox to act as the mounting hardware. This system uses both a battery and “HPA”, also known as High Pressure Air. These HPA systems will have an external tank with a hose to connect to the gun. The battery powers the “FCU”, also known as the Fire Control Unit to activate the system. Depending on the FCU, it can control multiple functions of the unit. When the trigger is pulled, air is released instantly to push the BB out of the barrel. There is no piston that needs to be pulled back or bolt/slide to cycle back and fourth. It is an immediate release of air.

How do electric and gas airsoft guns differ?

Aside of the obvious difference of the power source, Both gas and electric guns have many differences. The main difference between the two would be magazine capacity and functionality. Electric guns will usually come with a 300 round magazine out of the box. Once the battery is plugged in. All you have to do is insert the magazine and fire. Gas guns (rifles specifically) will have 30-40 round magazines and need to be filled with the gas power. Gas guns will also give a simulated “recoil” that will give a feedback compared to the vibration of the gearbox shooting. They feel very different. 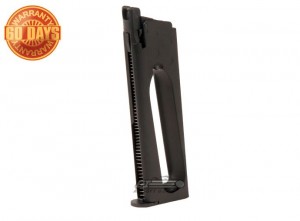 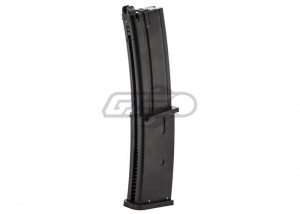 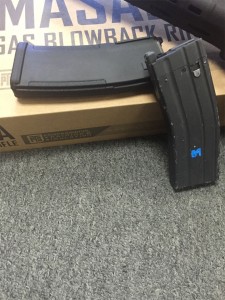 How to measure the power of an airsoft BB rifle?

What is most used is the velocity of the BB. Which is measured in FPS or MPS. Both are acronyms for Feet or Meters Per Second. The power of an airsoft gun can also be measures in Joules, the unit of energy for measuring force. 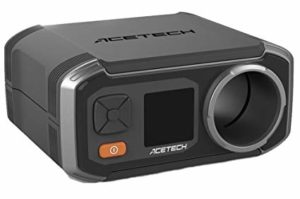 What is the best type of power for an airsoft gun?

This is a very subjective question that will depend on the users personal preference. All of these systems have pros and cons that will be up to the users to decide which platform they like the most. Gas guns are great for realism, while electric guns can be great for players looking for performance. 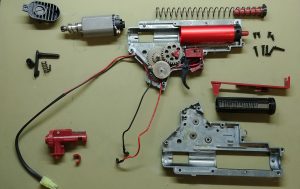 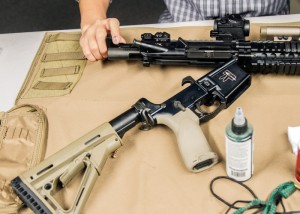 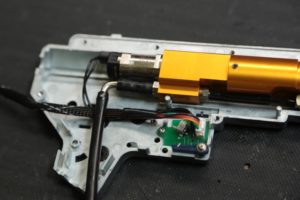 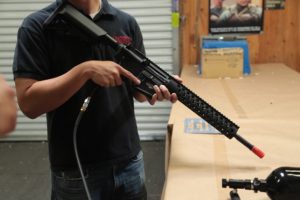 Hopefully this answers a lot of questions you have! There are many more details that I have not talked about. If you do have any questions, leave them in the comments and we will answer them!